The Battle of the Nutcrackers 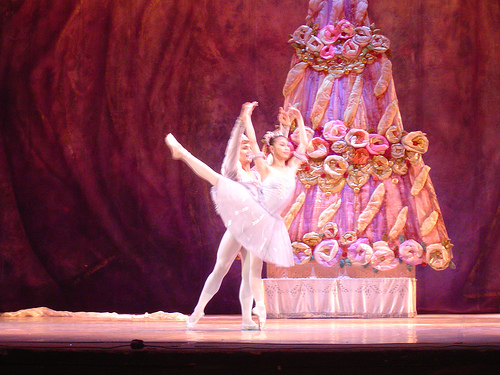 We've all seen the dance competitions on TV. There's Dancing with the Stars ballroom-style, So You Think You Can Dance which mixes genres, and America's Best Dance Crew which is primarily hip hop. But Ovation TV takes the dance-off to its toes.

The ballet competition pits five performances of Tchaikovsky's famous holiday performance against each other in the fourth annual Battle of the Nutcrackers Dance Off. The event will be hosted by NYC Ballet board member Sarah Jessica Parker and Damian Woetzel, former principal dancer for the New York City Ballet.

Beginning December 6, Ovation TV will air five versions of the famed production, each with its own spin on the production. Viewers are encouraged to watch all five performances and then go to the Ovation website to vote for their favorite. The winner will be announced on Christmas Eve.

Here's a run down of the competitors:

Berlin State Opera Ballet
Premieres Wednesday, December 8 at 8:00 p.m.
This 1999 German version of the ballet takes a dark twist on the classic when a young Marie is abducted by Russian Revolutionaries and forced to live with heir Drosselmeyer.

Bolshoi Ballet
Premieres Thursday, December 9 at 8:00 p.m.
This classic production, filmed in Russia in 1989, was choreographed by the legendary Yure Grigorovich.

Maurice Bejart's Nutcracker
Premieres Friday, December 10 at 8:00 p.m.
In 2003 this French dance troupe created an updated version in which Tchaikovsky's score is supplemented with accordion music performed by Yvette Horner.