The Creators of Episodes Talk about Matt LeBlanc and More 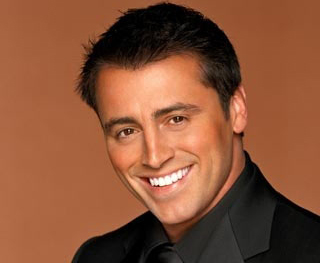 Photos courtesy of NBC from Yahoo.com

fame is starring in a new series called Episodes. It will be airing on Showtime and BBC simultaneously. The show is about a husband and wife team, Sean and Beverly Lincoln, who have a hit U.K. television series called Lyman's Boys. The series starts when they come to the U.S. to produce it here. The British version is a highbrow show about a headmaster at an uppity boarding school played by a Shakespearean actor. When the couple arrives in the States, they find out the American counterpart will be played by, none other than Joey from Friends, Matt LeBlanc.

Episodes is based on the real-life experiences of creators David Crane and Jeffrey Klarik. The duo are no strangers to the trials and tribulations of producing a show in Hollywood since David created Friends and Jeffrey was a showrunner for Mad About You. At a recent press event the creators, and fellow Executive Producer Jimmy Mulville, talked about the inspiration for the show, working on cable television and achieving success in the industry.

The storylines on Episodes may seem exaggerated, but the producers contend that every bit of it is real. Jeffrey stated, "Every single thing that's in this show really happened to both of us."

David continued, "You think, 'Well, this can't really be going down the road like this' and then, oh, my God, you are. So it's always surprising and it keeps happening."

Jimmy added, "What's interesting is they wrote the British characters as a Brit coming to Hollywood for the first time, you are pretty naive about things. You do believe it when they say, 'We love your work and we've seen it' and they haven't. So they have written the characters very accurately from that point of view."

The two creators also revealed that they wrote the show with Matt in mind. The said before putting pen to paper, they approached the star. Jeffrey acknowledged, "We went to Matt because we decided, if Matt said no, we wouldn't do this particular show."

Of course with a sitcom revolving around LeBlanc and his warped reality, all Joey fans are asking the same question, "Will there be a Friends reunion?"

David commented, "I don't think we're looking to write those kind of people into it necessarily. I think the part that's the most interesting for us is these guys and where they're going to go."

He continued, "I think Friends ended fine. I don't think we would touch it."

And so the show, for now at least, will focus on the characters that the pair created. David maintained, "What we're really interested in are the relationships between the characters. And as the episodes progress, getting deeper and deeper into them, I think that was what was the most satisfying part for us."

Another gratifying aspect for the producers has been working with Showtime and the BBC. Jeffrey explained, "We originally were selling it with Jimmy just to BBC, and we were told we could write everything ourselves, and they would be very hands off.  And it was true, actually. We got to do what we wanted to do, and we wrote everything in advance, which was really nice.

David also pointed out, "And the same experience was true at Showtime where it's been remarkably supportive and hands off, and you got to do the show you wanted to do, and they've been amazing."

Jimmy interjected, "We got some very smart notes from both networks that were helpful, but they weren't the kind of micromanaging, insane notes that you get get when people are being plain reactive and crazy. But the process, what you see going out is 99.999 percent what came out of their heads and through the mouths of these people."

He noted, "I think what's interesting about the cable environment is that you are now getting much more authored, distinctive pieces because it doesn't have to go through that process of focus groups and program analyzers. In the '60s, CBS had a program analyzer that analyzed The Mary Tyler Moore Show

and All in the Family

would fail. And they only got on because Mary Tyler Moore had a deal with CBS, and the programmer quite liked Archie Bunker and put him on the air, and the rest is, as they say, history. So program analyzing and strategy and marketing, they don't ask the right questions. They ask the questions that they know to ask, but great shows, new shows that break ground, are often disturbing to begin with. Look at The Office

. Look at all of those shows that defy the kind of received wisdom but go on to become groundbreaking shows."

Jeffrey agreed with Jimmy's assessment, adding, "I always think it's a fluke that some shows just slide in under the radar. I don't think any show has gotten better through this process. That's for sure."

David summed it up, "I think that the ones that succeed generally are because the executives are willing to kind of step back.  I'm speaking from firsthand experience from Friends. They really let us do the show we wanted us to do, and it was unusual."

So does this mean Showtime and the BBC will support Episodes for a second season? Jimmy responded, "It's been a simultaneous launch on Showtime and the BBC and both the first episodes in both territories did really well, and that's as much as you can say really until we get the green light… I'm very superstitious, so I don't want to preempt anything, but it couldn't have got off to a better start."

To see for yourself if Episodes deserves another season, check it out on Showtime Sunday nights at 9:30 p.m. EST/8:30 p.m. Central.

For other related stories check out:
Jerry Seinfeld on Saturday Night Live
Our Picks for Most Promising 2011 Midseason TV Premieres