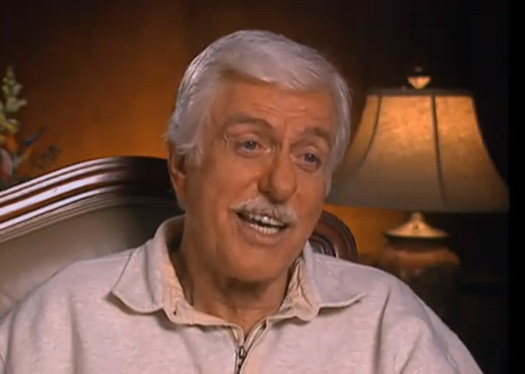 Photo from the Archive of American Television

Dick Van Dyke has long been one of our favorite actors. We dare say he might have been our first childhood crush — although we were too young to realize it — when we first laid eyes on him in Mary Poppins

. Who didn't want to go on a Jolly Holiday with Burt?

. And even though we didn't appreciate the series' humor until it went into reruns in later years, even as young girls we wanted to be Laura Petry living in New Rochelle with Rob.

Yes we dreamed of being one of Dick's two Marys — Poppins or Tyler Moore. We wanted to jump into chalk portraits, dance on top of buildings covered in soot, fill a closet full of walnuts and have dinner parties while wearing pedal pushers.

We recently edited an interview with Dick Van Dyke on behalf of the Archive of American Television and found out that these two women hold a special place in the actor's heart as well. Here's what he had to say about his two Marys.

For other Archive interviews check out:
Stiller & Meara on Pop Culture (VIDEO)
June Foray—The Voice of Cindy Lou Who and Rocky the Squirrel
Chris Colfer on Playing Kurt on Glee