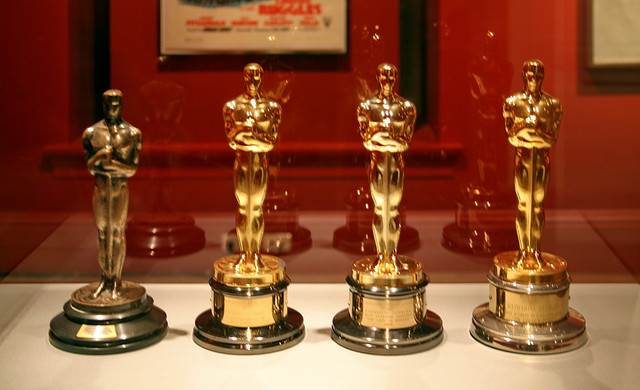 The Academy Awards are just around the corner. The nominees will be announced tomorrow morning at the crack of dawn. If you are like the many people who have an Oscar party and compete with your friends to pick the winners, why not take it one step further this year? Picktainment.com has taken the Oscar pool up a notch. They've created an online automated scoring system, so you can create a group, make your selections and determine the best at choosing who walks off with a statue.

We spoke with Phil Wallace, creator of Picktainment and their Oscar pool, who explained how it works. He said, "Basically, you run it the same way you'd run a March Madness pool or a Fantasy Football league. You can be in a group with your friends or a public group with people from around the country. You then pick who you think will win each award."

The site offers a customizable scoring system, so that you can determine the weight of each award. For example, you can assign every category the same number of points or maybe you'd prefer to have the Best Picture be ten points while Best Costume Design is only three. You can also exclude any categories that you choose, to customize your pool to your group's strengths.

Be sure all your friends vote before the event begins and then log on to Picktainment during the ceremony to track who does best. Phil explained, "The site has live scoring during the show, so you can hit refresh after each award is announced and you'll see where you are in your standings."

This is the third year that the entertainment website has offered the Oscar pool. Wallace noted, "Before making this site, there was no way to do Oscar pools the same way I could do my Fantasy Football league or March Madness pool on the internet. I wanted something where you could pick your own scoring system, be in a group with your friends, and get live scoring during the show."

Since the site is primarily for groups and is not a gambling site, no prizes are awarded from Picktainment. Phil remarked, "Any money that you bet is between your and your friends." He did mention that the site is trying to align with sponsors so future pools may incorporate a site-wide giveaway.

In addition to the Oscars, Picktainment also does a yearly Emmy pool. They have done so well with the awards pools that they are going to begin offering reality show pools as well. Phil revealed, "This year we'll have Fantasy American Idol, Fantasy Dancing with the Stars, Fantasy Apprentice, and we're looking into several reality shows. The idea of doing it with your friends is the same, but this time around, you'll go on each week and make American Idol picks."

Phil commented that he thinks the pools make the experience of watching the awards and reality shows more interesting and fun. He continued, "We're also finding that television is becoming a two-screen experience, and we offer you the opportunity to play games with what you're seeing on the screen. Also, for people (particularly women) who enjoy entertainment but feel clueless about their husband's fantasy football team, this is their opportunity to play in their own fantasy game for a subject they may be more interested in."

So log on to the pool at Picktainment.com today and encourage your friends to join you. And let us know who wins!