An Interview with Bob Harper from The Biggest Loser 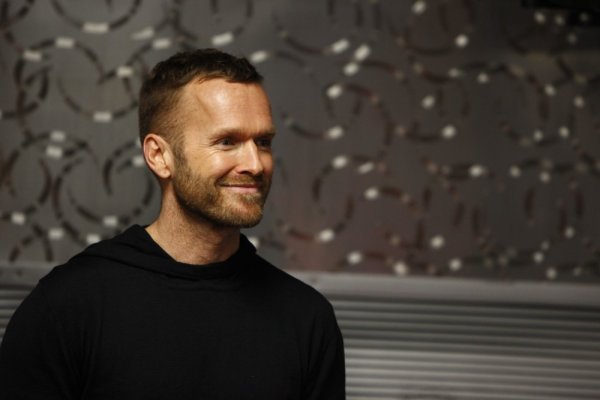 
The Biggest Loser Couples season 11 starts up again tonight just a few short weeks after Patrick won the season 10 title. This season mothers and father, brother and sisters, and best friends compete for the $250,000 prize. We recently spoke with trainer Bob Harper and the series executive producer J.D. Roth about the amount of the prize money, Bob's passion for the show and his culinary guilty pleasure.

Q: Now that The Biggest Loser has been on for ten seasons, do you think you could do away with the prize money and still have the same show?

J.D: You know, the prize was never $1 million, which was very standard at the time when the show came out. Every show was $1 million. It was 250 for a reason. Because although obviously 250 is a life-changing amount of money, it shows that the show was never about that. And I think as the show’s matured and the audience has matured with it, the show has become more about the pride of becoming The Biggest Loser. But I do think that that carrot that’s dangled for the 250 helps us get them to a finish line weight-wise. And that when you lose weight in the real world, the difference between 2 and 3 pounds coming off and 10 or 12 pounds a week is that carrot that’s dangled.

BOB: Yes I agree with that. And I like the fact that it is a lot of money, but it’s not some $1 million prize where people would basically try to chop off their arm to win. And the best part about our show -- and I said it many times before -- is that there’s only going to be one person that walks away with that $250,000. But everyone has the opportunity of winning this show because your life is worth a lot more than $250,000.

Q: Bob, we all know Jillian is leaving after season ten, so what keeps you coming back?

BOB: What keeps me coming back season after season is my responsibility for the platform that I’ve been given. I mean I’ve been so fortunate and so lucky to be given such a platform to reach out to as many people as I can. And I take it very seriously. And it’s my focus and it’s my mission in life to do exactly what it is that I’m doing. And that is what keeps me going. And it keeps it fresh for me. It keeps it new and it keeps it exciting. But it’s that responsibility that I feel. And that helps me.

BOB: When it comes to The Biggest Loser I have been the constant. I’ve been there since season one… I do have a passion for what I do and the fact that every single season I am seeing the experience through new eyes, so it makes it new for me. And I think that it’s really important that I always keep that hunger in me because it is my passion. It is what I’m supposed to be doing with my life and my career. And I feel like I feel at-home with The Biggest Loser. And I can definitely say that I’m definitely not going anywhere.

J.D.: And Bob is signed on for multiple seasons. And as far as I know, he and I are going to be attached at the hip for a long time. This show is my baby and I’m never leaving. And I feel pretty confident that as long as I’m there Bob will be there and vice versa. The show would not be the same for me if Bob ever left.

BOB: I’m not trying to give J.D. a love fest, but that’s exactly what I feel. I feel like J.D. has been the heartbeat of the show and that’s why we work so well together.

Q: Bob, what is your guilty pleasure when it comes to food?

BOB: Well J.D. likes to say that it’s cupcakes. J.D. tortures me anytime that there’s a holiday. And now that it’s Christmastime I’m always so nervous if there’s going to be like a truckload of cupcakes sent to my house. But he likes to do that to me. So of course I’m going to always have some treat like that. Dark chocolate is definitely my guilty pleasure these days. But I try to tell people all the time, you can have the things in life that you want. You just can’t be overindulgent like some of the other people that I’ve worked with. You teach them a little bit of resolve and guidelines and I think that’s important… yes, J.D. I can’t have the whole truckload.

J.D.: When we have temptations on set Bob is famous for, before the temptations starts, leaning over and maybe taking a couple jelly beans or grabbing one of the cupcakes or a piece of chocolate. It’s great to watch because the beauty of it, it makes him human. And I think that’s what I like about it.

BOB: I’m just making sure that it’s okay. I’m making sure if those contestants are going to have to eat it I’m going to test it out for them.

Q:  For many of the seasons on the show, the at-home winner actually loses a higher percentage of weight than the real winner. Is that a flaw in the game or is that what makes it exciting?

BOB: Well you think about it, when people get eliminated a lot of times on our show it’s when the game play comes in and they really want to vote out the biggest threat. Case in point, Mark this past season, this man was a huge threat. And those guys knew it. And that’s why they found the quickest chance or any chance they could to vote him out. These at-home winners, they leave because they know that they’re a threat and they have more of a point to prove. You see them coming back and it blows my mind because they’re doing it on their own on a daily basis and they have the eye of the tiger and it’s fantastic.

J.D.: And you’re only eliminated for two reasons. One, you’re a huge threat and you had a bad week. And the other one is that perfect scenario show-wise which is the natural selection of you’ve lost most of your weight already and you can’t stay above the yellow line. So the natural selection of getting eliminated happened. I think it’s amazing when you get a guy like Mark who lost more than he currently weighs. And that shows the commitment to this guy wanting to change his life. So there’s two separate games going on. I’ve never looked at it as a flaw, but I am interested that you picked up on the detail of that because I think it’s a great fact.

BOB:  It happened last season too with Koli and Michael. Koli was the at-home winner and he had a higher percentage than the winner. It shows you can do it on your own doesn’t it?

Q: Would you ever consider doing something where you train children and teach them healthier lifestyles?

BOB: I’ve actually wanted to talk to J.D. about that. I think it would be a great show. I think there’s a lot of legal that goes with working with children. But I think that nowadays where we are in our society, childhood obesity and Type 2 diabetes with our children is on the rise and something needs to be done because parents no longer can take a backseat to this. That’s why I love when we do have parents on our show because when you teach the parent the children will learn. And I think that more that we can get children early on the more that we’re going to be able to tackle this problem. And I feel like The Biggest Loser has become iconic with helping so many people across the world. And I think that if we could really put our forces toward children it would take us to a whole other level.

J.D.: We have a show premiering December 29 on MTV called I Used to Be Fat. And it takes 20 kids who are graduating high school and they’ve been made fun of their whole high school career about being fat and that want to reinvent themselves before the first day of college. And we take the 100 days between their senior prom and their first day of college and they each lose 100 pounds. So each week covers a different person, a different high school kid around the United States and their 100-day journey to becoming the person they wanted to be.

Q: What have you each learned about yourself working on The Biggest Loser?

BOB: I think for me what I’ve really learned is that you can do anything that you put your mind to. And I’m a firm believer in laws of attraction. And if you put so much effort into whatever it is that you want to achieve, what goals that you have, if you put yourself at the top of that list and you strive for it and you just trust the process you can do anything. And then these contestants show me that every single season.

J.D.: And for me, I learned that there’s one word in the English language that is the most powerful word on the planet. And it’s hope and that you can give people hope. I think a President got elected because of hope. People are led into battle based on hope. Religion is based on hope. And the fact that these people come in hopeless and Bob and Jillian and the new trainers provide hope and you watch how powerful it is to change someone’s life.

Think about this season Frado, eight or nine pills a day and six insulin shots a day, in less than 30 days of working out he has never touched a needle again for insulin. So how many millions of people right now who depend on pharmaceuticals in this country who have diabetes are less than 30 days away from being medicine free? And so if you can give them hope because that’s possible and we change some people because of that, then I think it’s more than just a reality show.

See more of our interview with J.D. Roth at Yahoo.com.