Our Picks for Most Promising 2011 Midseason TV Premieres 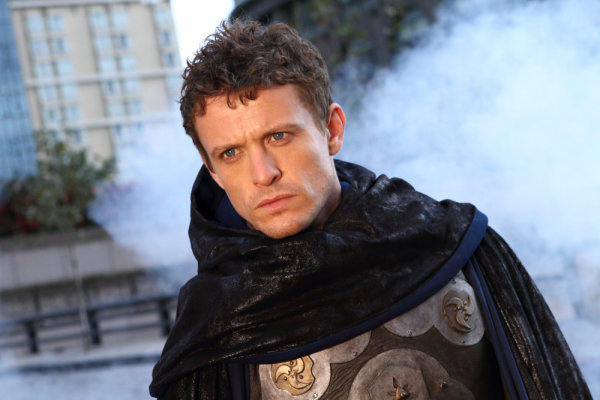 The Cape on NBC. Photo by Justin Lubin/NBC

It's midseason replacement time again. And with the severe lack of good freshman shows this past fall, the networks are counting on some of these new kids on the block to save a lackluster TV season. Along with the countless shows returning in January (like The Biggest Loser, The Bachelor, Parks and Recreation, White Collar and Hot in Cleveland) this month welcomes a glut of fresh series. Here's a quick rundown of our picks for most promising as well as a complete list of premieres in the next four weeks.

Tuesday, January 4, 2011
Paula Abdul Live to Dance
CBS — 9 p.m. EST/8 p.m. Central
Paula leaves Idol behind and strikes out on her own with a new dance competition open to any age, style and number of dancers in a group. The winners receive $500,000.

Sunday, January 9, 2011
The Cape
NBC — 9 p.m. EST/8 p.m. Central
David Lyons plays an ex-cop forced into hiding who takes on the persona of his son's favorite super-hero, The Cape, to protect his family.

Episodes
Showtime — 9:30 p.m. EST/8:30 p.m. Central
Matt LeBlanc tries his hand at another series. This time he plays a British TV producer who's developing an American version of his hit U.K. show. Matt is getting a full month jump on his Friends' co-star Matthew Perry, whose new show Mr. Sunshine premieres on February 9.

Monday, January 17, 2011
Being Human
Syfy — 9 p.m. EST/8 p.m. Central
A twist on the world of supernatural thrillers about a werewolf, a vampire and a ghost who get an apartment together in Boston and try to blend in.

Harry's Law
NBC — 10 p.m. EST/9 p.m. Central
David E. Kelley brings us a new legal drama starring Kathy Bates as a lawyer who finds herself starting over after being fired from her firm.

Skins
MTV — 10 p.m. EST/9 p.m. Central
Based on a U.K. show of the same name, Skins follows a group of teens as they struggle with issues like substance abuse, sexual preference, death and eating disorders.

Saturday, January 22, 2011
Kourtney And Kim Take New York
E! — 10 p.m. EST/9 p.m. Central
Kourtney and Kim strike out on their own in New York City without Khloe and the rest of the Kardashians.

Tuesday, January 25, 2011
Joan And Melissa: Joan Knows Best?
WE — 9 p.m. EST/8 p.m. Central
Another family affair not to be missed as we get a glimpse inside the life of mother and daughter duo of Joan And Melissa Rivers.