Jessica Walter – The New “It Girl” 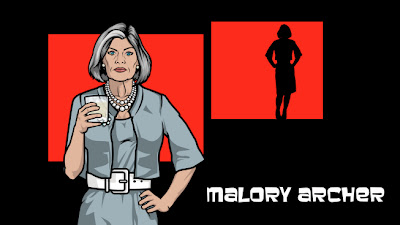 After five decades in show business, everyone should know the name Jessica Walter. And thanks to a few high profiles roles in recent years, most people do. First she played the not-so-lovable matriarch of the Bluth family, Lucille, on Arrested Development

. Then she was the self-centered yet kind of cool grandmother on 90210

At 69 Walters shows no signs of slowing down. Her new sitcom Retired at 35 premiered on TV Land recently, following octogenarian “It Girl” Betty White’s hit Hot in Cleveland. Walter also just taped an episode of The Big Bang Theory and started rehearsals for a Broadway revival of Anything Goes. Look out Betty, someone’s nipping at your heels. And with all that she still manages to find time to voice the character of Malory on the FX animated spy series Archer.

But when asked in a recent conference call interview if she feels like she’s making a comeback, Walter replied, “I have never gone away. Never, ever gone away and I don't intend to.”

Still she understands that Arrested Development was a stepping stone to a resurgence in her career. She acknowledged, “I had always been working before then, but something about that show I think was a renaissance, as they say, for me and for some other people, too. For Jason Bateman, for instance, I think it was totally [a] renaissance for his career. He’d been doing so well, but that part… led him into the parts in films that he's doing now.”

The fact that the 69-year-old actress is willing to take on juicy roles, contributes to her ever-increasing popularity. Walter explained that she doesn’t shy away from what might be considered controversial humor in shows like Archer. “Oh, a lot of this stuff shocks me. Oh, a lot of it. I mean I couldn't even pick out one thing, but that's me and that's not the character. I have to draw the line.”

Walter doesn’t push for limits very often on Archer but she did admit that there was a joke in the past that concerned her. “There was only one time I had ever questioned it because we're there to serve the writer. It's not us, it's the character speaking, but there was one thing I questioned once. It was a thing with Jackie Kennedy and little John John saluting at JFK's funeral. They were using that image or something and I did question it and they assured me it was satirical, etc. And I agreed when I finally understood it, because I would never do anything against the Kennedy's — ever. But that was the only thing in all these episodes that I've ever questioned.”

Instead she embraces the wacky storylines in the spy comedy. And from what she told us, there are quite a few out there scenarios coming up this season. Walter revealed, “First of all, I'm having a romance with the head ODIN, Len Drexler who is voiced by my former co-star Arrested Development’s Jeffrey Tambor. I try to make ISIS a ‘green’ environmentally workplace, but I don't do it because I'm concerned about the environment — I do it because of tax breaks. Much drinking, like last season — she's not aware, but she's definitely an alcoholic. Maybe they'll get into that someday, that’d be great. I'm horrified when I learn that Sterling may be the father of a baby with a prostitute making me a grandmother, but you will see a bit of my maternal side underneath my tough exterior."

But it doesn’t end there. Walter continued, “We learned that Woodhouse was a member of the Royal Flying Corp during the First World War and we learned the circumstance where I met him. As I said before, it was in a bar where I was pregnant with Sterling. Oh, we're going to learn that Agent Roy Gillette, voiced by our creator Adam Reed, was once a medal winning Olympic skier. Let me see, I drag my team to Switzerland to secure funding for ISIS from a billionaire.”

And of course, there’s the burning question of who Archer’s father is. But unfortunately, Walter divulged, Malory will be no help in solving that mystery. “She doesn't know who the father is, that's the thing. It could be one of three or four people… In the first episode… he's looking for his father in Russia somewhere… I guess you're going to find out, but probably, hopefully, not for a season or two more, which means we'll be still there.”

Fans have already met one of Archer’s potential dads. Walter informed us, “I appealed to my friend Jackov — spelled Jackov, but it's pronounced Jack off — Nikolai who I've had an affair with in episode one actually last season. And he wants to know if he's the father and he asks me what the odds are and I say, ‘Well, one out of three — actually it's probably like one out of ten…' So, he's a possible [father], Nikolai Jackov.”