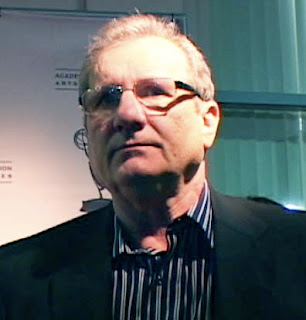 Before Arnold Schwarzenegger turned over the Governorship of California to Jerry Brown, he made a few last minute pardons as many heads of state do. He caught a lot of flack for reducing the manslaughter sentence of Esteban Nuñez from 16 to seven years. Seems Esteban's dad, who used to be an Assembly Speaker, was happy with the Arnie's decision.

We aren't going pretend to to be experts on the law or the case here and don't feel qualified to comment on the eleventh hour move, but we were inspired by The Governator's use of his pardoning privileges. And so we thought back on the last year and came up with a few pop culture icons that we would like to forgive for their recent transgressions and give them a chance to start the new year with a clean slate.

Jay Leno
The dust has settled after the whole Tonight Show debacle. We still aren't huge fans of Leno, in fact we've been on Team Coco since day one. But frankly, Conan seems better off than he was a year ago and we're happy for him. His new home at TBS fits him well and his fans are fierce and loyal.

Lady Gaga
We admit, the meat dress was a little over the top, but in a year were jeggings and short shorts became the couture of the day our hats are off to Gaga. She managed to make one of the only original fashion statements of 2010.

Ed O'Neill
While he claims his slam about Jane Lynch not deserving the Emmy was taken out of context, the statement still became pop culture fodder. But if we were on the Emmy committee, we may have declared a tie, since Sofia Vergara really does deserve a statue, too. Besides Ed made a pretty selfless move when he refused to enter himself in the lead actor category. By acknowledging the ensemble nature of Modern Family, he basically took himself out of the running for the award entirely. We say forgive and forget.