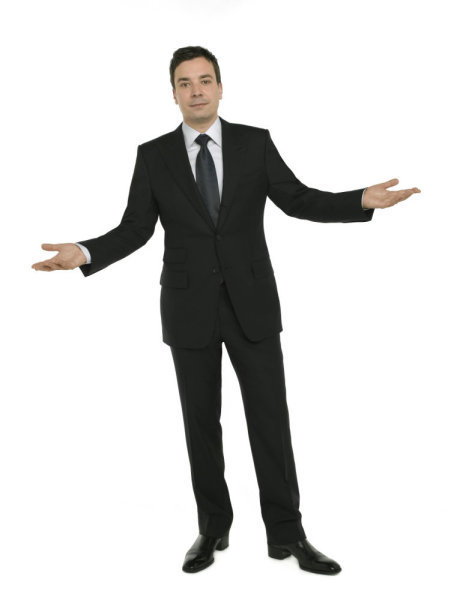 As the talk show war between Conan O’Brien

was raging last year, an interesting thing was happening. Jimmy Fallon was coming in to his own, under the radar, on “Late Night.” Fallon became was he was intended to be, the hippest, most tech savvy guy in the game. One who could slowly pick-off young viewers, looking for another buddy to join their frat.

And while Conan’s posse was off starting a revolution on Facebook, Fallon was sticking his flag in the Twitter soil. His latest hashtag campaign launched last night because, as he pointed out, “It’s the 0-1-1, son.”

His call to viewers and fellow-Tweeters alike is simple, “Put your New Year's resolution however crazy or weird & remember to hashtag: #itsthe011son.” Fallon kicked it off with this vow for ’11, “My New Years resolution is to get my hair cut like Kid from Kid 'N Play

Not surprisingly his super creative fans have joined in on the fun. Among our favorites so far:

From @An_Addicti0n:
“With 012 around the corner, I'm telling everyone I only have a year to live. Time to get pampered... #itsthe011son”

From @dms2yo:
“My co-worker's superstitious about tweeting new year's resolutions. I said #itsthe011son! Don't u know it's bad luck to be superstitious!”

From @l337tweet:
“My mom will finally master the art of closing browsers instead of just minimizing. 50 Yahoo pages at once, really mom? #itsthe011son”

From @mejinzo:
“im gonna supersize me all year cause #itsthe011son”

Jimmy’s going to be reading some of his favorites on the air so tell him what’s on your mind. Why not give it a go? After all, it’s the 0-1-1, son.

Digging Through Crap at My Parents House

The Most Promising Mid-Season Replacements