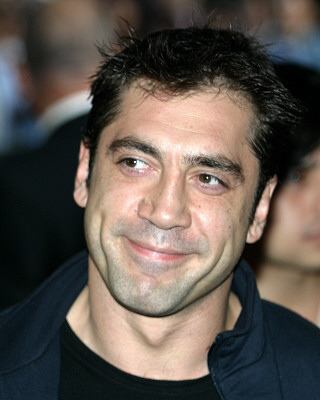 The 68th Annual Golden Globe Awards air on Sunday night and here are our predictions for the winners in the film categories:

CATEGORY: Best Motion Picture, Drama
POP CULTURE PASSIONISTAS PICK: The Social Network
OTHER NOMINEES:
Black Swan
The Fighter
Inception
The King’s Speech
We’re giving this one to The Social Network for one reason – it shouldn’t have been gripping and it was. This is a film about a totally unlikable guy, who created a computer program. Who’d have thought that it would be completely engaging, with edge of your seat drama. We know liberties were taken, as with most biopics, but thanks to the power of this film we still have a hard time seeing Zuckerberg as anything but a villain despite his recent commitment to Warren Buffet and Bill Gates’ Giving Pledge.

The Kids Are All Right

Burlesque is our pick because none of the other films are particularly musical or funny. And the flick managed to stay just this side of cult camp and didn’t quite slip into the world of Glitter or Showgirls.

. Black Swan falls into his well-made movie category, thrilling, twisted and just confusing enough to keep you riveted to the screen.

Although we admit that James Franco is probably the most deserved, the amusement park-like warning signs scared us off. So we’re giving this one to Mark Walhberg. Besides even most Boston-born actors can’t pull off the tricky local accent any more. The good news is that Marky Mark has stayed close enough to his roots to still drop his r’s convincingly.

Michelle Williams – Blue Valentine
This is Natalie Portman’s year — an engagement, a baby on the way and an inevitable slew of awards over the next couple of months. Hopefully she’ll have placed them all comfortably on a shelf before No Strings Attached comes out. With Black Swan she took a giant career leap forward, but the Ashton Kutcher rom-com is sure to send her ten major steps backwards.

This year marks Johnny Depp’s ninth and tenth Golden Globe nominations. But he only has one win, in 2008 for Sweeney Todd: The Demon Barber of Fleet Street. His performances are mediocre in both Alice in Wonderland and The Tourist and his double nod will most likely end in a split vote. So we’re banking on the always-hip choice of Kevin Spacey in Casino Jack to take home the prize. Besides this is his sixth nomination with no wins. It’s Spacey time.

Annette Bening – The Kids Are All Right
Angelina Jolie – The Tourist


As long as the statue doesn’t go to the truly overrated Anne Hathaway, we don’t really care who gets the prize in this category. But we have to admit that we found Emma Stone’s performance truly charming in the Easy A. She might not take a twirl on the stage this year, but it certainly won’t be her last invitation to the dance.

Geoffrey Rush – The King’s Speech
Our real pick – Arnie Hammer for his dual roles in The Social Network – was overlooked. So we’re going to guess that the Hollywood Foreign Press will go with the sentimental vote here and give the nod to Michael Douglas. Wall Street: Money Never Sleeps might not have been the best movie, but Douglas has had a stellar career and a tough year in his fight against cancer — an award show heart-tugger for sure.

We have to admit, Amy Adams has grown on us over the years. After we got over our confusion between her and Isla Fisher, we realized that it was Fisher that we weren’t huge fans of and that Adams was actually quite endearing. And having grown up in Boston, we have to admit that she plays shades of our friends and cousins flawlessly in The Fighter.

CATEGORY: Best Screenplay - Motion Picture
POP CULTURE PASSIONISTAS PICK: The Social Network
OTHER NOMINEES:
127 Hours
The Kids Are All Right
The King’s Speech
Inception
We are of the mind set that you can’t have a best picture without a best screenplay. So since we’ve given the big title to The Social Network we thought we should follow suit here. Plus Aaron Sorkin managed to take what could have been a TV movie about computer geeks and turn it into a blockbuster adventure film.

CATEGORY: Best Animated Feature Film
POP CULTURE PASSIONISTAS PICK: The Illusionist
OTHER NOMINEES:
Despicable Me
How to Train Your Dragon
Toy Story 3
Tangled
True, we are huge fans of Despicable Me

’s minions and their Denny’s inspired treat, the CinniMinions. But director Sylvain Chomet has delivered another beautifully animated masterpiece with The Illusionist. If you haven’t seen it, or his film The Triplets of Belleville

, do yourself a favor and check them out.

OTHER NOMINEES:
The Concert

The Edge
I Am Love

In a Better World
We will sing the praises of Biutiful and it’s brilliant star, Javier Bardem, until the day we die. While most American moviegoers know him mostly for his Academy Award winning turn in the Coen Brothers’ No Country for Old Men and the Julia Roberts’ chick-flick Eat Pray Love, Bardem has been honing his craft in Spain for decades. He may not get the exposure afforded Johnny Depp or Sean Penn, but he’s one of the greatest actors of his generation. And Bardem barrages viewers with every weapon in his creative arsenal in the shatteringly emotional role of Uxbal in Alejandro González Iñárritu’s newest film. Both the Golden Globe and Screen Actor’s Guild have overlooked his performance, but we can only hope that Biutiful will take home the prize in his name.

“I See the Light” – Tangled

“There’s a Place for Us” – Chronicles of Narnia: The Voyage of the Dawn Treader

In a category filled with mediocre tunes from wanna-be divas like Gwenyth Paltrow and Mandy Moore, there’s only one clear-cut choice. They should all bow down to Cher, while she walks to the stage to accept her fourth Golden Globe for “You Haven’t Seen the Last of Me.” Truer words were never sung.
CATEGORY: Best Original Score - Motion Picture
POP CULTURE PASSIONISTAS PICK: Trent Reznor and Atticus Ross – The Social Network
OTHER NOMINEES:
Alexandre Desplot – The King’s Speech
Danny Elfman – Alice in Wonderland
A.R. Rahman – 127 Hours
Hans Zimmer – Inception
Mixed amidst this year’s super-standard scores by Alexandre Desplot and Hans Zimmer and the always-predictable music of Danny Elfman, was a pleasant surprise. Trent Reznor and Atticus Ross created a cool musical accompaniment, which perfectly complimented the edgy, modern tale told in The Social Network.

Map of Metal: This Site Goes to 11