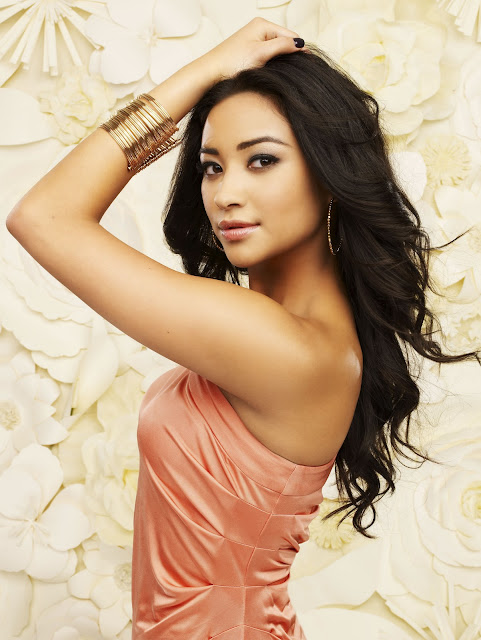 has jumped way too many sharks these days? Tune in to the ABC Family teen-equivalent Pretty Little Liars

. If you missed the first season there was the requisite amount of backstabbing and intrigue among the girls at Rosewood High School. In anticipation of the series’ return tonight at 7:58 p.m. EST/6:58 Central, we spoke with Shay Mitchell about the reason fans are addicted to PTL, what to expect from season two and her character, Emily Fields.

Q: What draws people to keep tuning in to watch Pretty Little Liars?

SHAY: I think the fact that each character is so relatable, and if you don’t feel that you connect completely or totally understand one character, you… find yourself in each of them. And I think because a lot of the issues that we deal with quite possibly happen on a day-to-day basis, but you either have it happen to you or you know someone that it has happened to, it makes the show not so dreamy and far-fetched. It brings it to a very realistic kind of world and situations that happen in it. So I think each of the characters are very relatable and yes.

Q: Are there any particularly scary moments for Emily coming up?

SHAY: There are scary and eerie kind of things for Emily coming up, I think more of that happened in the first half of season one for Emily's character, not for the other girls. And I would say that there's a lot of intense moments. Not so much scary but more intense moments for Emily and the stakes are raised a lot higher with her different relationships with her family members and such friends because of everything that happened in the first half. And I think it just gets more intensified as opposed to being scarier, if that makes sense… But there are some very intense moments that Emily has that's different, like I said, members in her family and people in her life. I'm very proud and I'm very excited for everyone to see these episodes in the second half. Yes, I'm very happy.

Q: As far as the four girls on set, do you have any time to just be normal friends, to just have girl time?

SHAY: Yes, we do. On weekends, they all have their own groups obviously from growing up here and living here. So that's why I've gone to kind of figure out the city a little bit more, walking around on my own. But definitely Troy and I get together and we do… a movie night on Sundays. We've done that a couple of times. And we’ll do a dinner, so that's kind of nice.  And yes, we do. When we have time, if we're not busy doing other things, then we do try and get together. Otherwise, we see each other at events too, and that's kind of fun because we're not on the lot and we're just out together, so that's kind of cool too. But we do try and make time.

Q: Your character Emily along with Aria, Hanna and Spencer have drama and danger surrounding them. Do you have someone in your life that you can always count on to be there for you?

SHAY: I'm pretty blessed to have a tight knit relationship with all of my family members: my mom, my dad, my brother, my grams. So I have all of them to talk to in addition to some of my best friends that I've grown up with… I would say that I definitely have about five good friends, and I think that's amazing and I’m blessed with family members if I have somebody to call on and yes, I feel very lucky because playing Emily's character, you realize just how important it is to have the support from your family members. When you don’t have it, it's a whole different world.

Q: What do you want fans to take away from your character Emily when they watch the show?

SHAY: Yes… I would want for them to see themselves… I don’t think there's anything more important than just being true to who you are and living an authentic life. And if they get anything from that, it's just be you, live your life and don’t be afraid about what anybody else says. At the end of the day, it's only what you think, so that's what you're happy with.