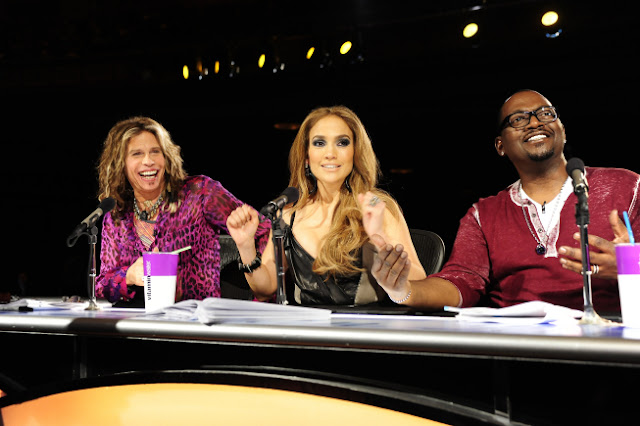 A reality judge opens her heart, a TV icon is honored by the Queen and a news anchor shares extraordinary advice. Here are this week's most inspirational pop culture moments.

American Idol: The Reality Competition Show with a Heart

Last night proved once and for all that this is not your big sister’s American Idol any more. Where once Simon Cowell sat and snarled at young, singing hopefuls and Paula Abdul tossed in a kooky comment, now sits a trio of compassionate judges.

When producers announced that Stephen Tyler and Jennifer Lopez would be the latest panel on AI alongside veteran Randy Jackson, everyone thought the show had jumped the shark and was on its last legs. Last night proved that the signing competition’s heart is still beating strong.

The pivotal moment came when it was time to tell contestant Chris Medina whether or not he’d made the final 24. The 26-year-old Illinois barista won over the trio and the audience during his audition for the show. His story was an ultimate Idol tearjerker. Just two weeks before his wedding to Juliana Ramos, she got in a car accident and suffered brain damage. He has remained by her side and even brought her along to meet Tyler, Lopez and Jackson.

On Wednesday’s show, Lopez was given the unfortunate task of telling Medina that his journey was to end that night. He was gracious in the face of the bad news. She broke down in tears, saying, “I just don’t want to tell him no… I guess I just don’t feel like I told him in the right way.” Her co-stars, who were equally moved, comforted her and reassured her that she handled it perfectly.

While J-Lo wept, Medina left with a smile on his face saying, “I’m gonna go home and keep writing music… take care of my fiancée and make a miracle happen.”

For the rest of our inspirational pop culture moments visit Beliefnet Idol Chatter.
Posted by Pop Culture Passionistas at 9:36 AM