Catch Cons with Your iPhone 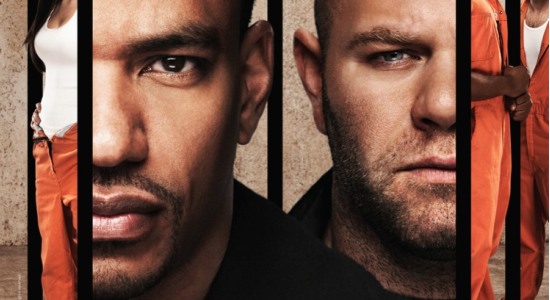 (from the same writers/producers). A nice combo if you ask us.

) and Domenick Lombardozzi (Entourage) as U.S. Marshals who have assembled a team of the most elusive ex-cons they know to help track down fugitives. Jimmi Simpson (Late Night with David Letterman), Malcolm Goodwin (American Gangster

) round out the cast as the cons turned cops.

In honor of the new series A&E has launched an entertaining app called Catch a Con, a scavenger hunt for orange jumpsuits. Once you download the free iPhone app, start looking for cons (both real and stickers) that will be located throughout New York, Los Angeles, San Francisco, Philadelphia, and Chicago. Once you locate your bounty, capture a photo, submit it through Facebook and enter to win. The more cons you collect the better your odds of winning. Prizes range from $500 to $2,500 in cash as well as $25 Kenneth Cole gift cards.

But don't worry. If you don't have an iPhone or you aren't in these major cities, you can still enter to win the sweepstakes online. It's just not as much fun.

For related stories check out:
The Guy Who Lost the iPhone
QRANK Rules