Rock of Ages Does Not Sound Like a Solid Idea 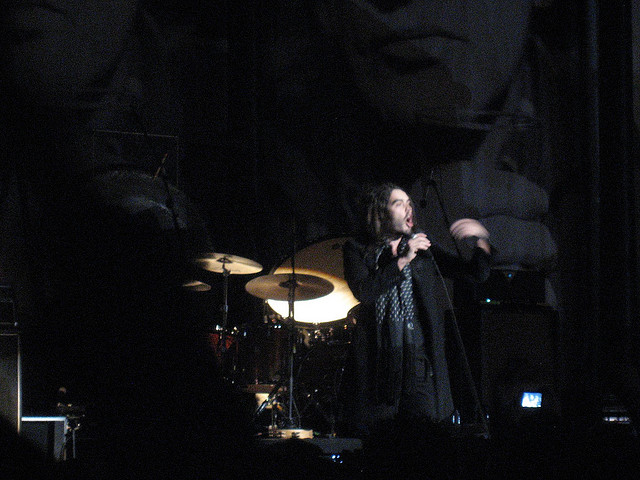 We’ve been skeptical of the musical extravaganza Rock of Ages

for a long time. Let’s face it — ‘80s hair metal wasn’t really the height of rock and roll history, and this show picks some of the decades cheesiest including Styx, Journey and Asia. So we haven’t rushed out to the theater to check it out.

In a very risky move, the Hairspray helmer has cast Tom Cruise in the movie’s lead role. His character, Stacee Jaxx is the frontman for the band Arsenal, and he belts out power ballads like “Sister Christian,” "Wanted Dead or Alive" and "I Want to Know What Love Is." To date Cruise’s only movie related music moment involved sliding around in his tighty-whities and Rayban shades to “Old Time Rock ‘n’ Roll” in Risky Business

Cruise aside, we’re intrigued by some of the other members of the cast. Russell Brand proved he could carry a tune in Get Him To the Greek

and we’re convinced that Alec Baldwin can do anything he sets his mind to.

Dancing with the Stars alum Julianne Hough takes on the female lead in a role of Sherrie. The dancer’s had moderate success as a recording artist and made her acting debut in Burlesque. But does she have the chops to take on a role that was originated by Laura Bell Bundy, who’s gone on to be a Broadway star in shows like Hairspray

That original production must have been an interesting one. Bundy’s co-stars included Chris “Web Soup” Hardwicke in the Jaxx role and Kyle “The Guy in Tenacious D

That’s Not Jack Black” Gass in the part that Baldwin’s taking on.

All in all in just sounds like a shaky idea. We’ll just have to wait and see what happens.

Go Head to Head with Us in the Picktainment Pools