Sarah Nitta Talks About Betray on The Biggest Loser 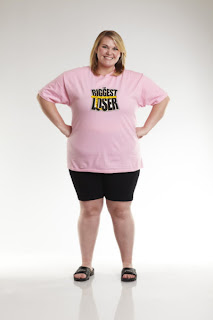 Photo by Trae Patton/NBC
On the latest episode of The Biggest Loser, Sarah Nitta was sent packing. Just a couple of weeks earlier her mother, Denise “Deni” Hill, had sacrificed herself in order to save the younger players. In return the Black Team vowed to take care of Sarah. In a recent conference call interview Nitta talked about the Black Team’s decision, her mother’s feelings of betrayal and what she learned on the ranch.

The week before last, Sarah was given the choice to either remain on the Red Team or return to the Black Team. When she made the decision to go back to Black, Arthur Wornum was eliminated.

Nitta addressed the question of whether or not she felt her group gave her the boot in retaliation to honor Arthur. “My team absolutely supported me in coming back to the Black Team. And they were not upset with me in any way for that decision, and obviously the result of Arthur going home, because those were certainly not my intentions. Arthur and I have a great relationship.”

Regardless Nitta said she did not regret her choice to return to the Black Team in the previous episode. She noted that she basically had no alternative, “Actually if you catch it just for a little second in that episode where I did choose to go back, the Red Team had told me if I went back to them that they would have to send me home that night. And not because they didn’t care about me but because I would have put them in that situation where they had to choose.”

The Black Team didn’t make their choice any less staggering. Sarah recounted, “I definitely was very, very shocked, very surprised at their decision to send me home. I thought that we would all vote to go a different way and it was certainly surprising. And it does show that the original team, the original clique… stuck together.”

When Nitta conveyed the news that she’d been voted off the ranch to her mother, Deni was not pleased. Sarah recalled, “When I called my mom as soon as I was eliminated she actually was devastated. I mean she was a wreck. And she still has a hard time with it because when she did what she did for the Black Team, for everyone, when she sacrificed herself, they promised her that they would take care of me. They promised her that they would keep me there. And she felt very, very betrayed by the Black Team.”

Nitta continued, “The next elimination that the Black Team had, they sent me home. And so she felt like it was a big slap in the face that what she did was… in vain and they just kind of mocked that and sent me home, is how she felt. So she had a really hard time with that and still does. She’s still struggling, trying to let that go.”

But Nitta understands why she was eliminated. She reflected on the other players’ strategy, “Looking at the situation and now watching the show, I think that the episode before where I was very wishy-washy and I still care about the Red Team and the Black Team, I’m not a solid guaranteed vote for everyone on the Black Team because I do still care about the people on the Red Team.”

The fact that she wasn’t committed to one group over the other may have been her downfall. “I think when they saw that that my loyalties were not to either side that they had to keep someone like Jen who would never write their name down and was a guaranteed vote for them. So I think their decision to send me home was from a game play aspect.”

Despite her elimination, Nitta revealed that personally her final week on the Black Team was crucial to her personal growth, “It was a turning point for me working with Bob and going through some of those workouts and some of those breakthroughs that I had. I feel like that was necessary. Had I gone home the week before I think I would have been in a completely different place than I was the week that I actually went home.”

She disclosed about what transpired that week with Bob Harper. “The entire time I was on the show I was… fighting to get over the fear that I had — the fear that was controlling me and fighting to find this inner strength.”

She credited her trainer for pushing her out of her comfort zone and through her emotional walls. She discovered, “I really can do anything and I really do have so much strength that I can tap into that I’m able to do whatever I put my mind to.”

As for the Black Team, there is much debate about what an all female team is capable of on a show like The Biggest Loser. Nitta addressed the issue, saying, “I think that the women on the Black Team are strong women. But they definitely have a disadvantage when it comes to challenges that may involve strengths because they’re up against really, really big guys that are strong men and in that sense they could be at a disadvantage.”

Still she stated that she believes that the women possess other strengths that give them an edge over the men. “They are smart and when it comes to a smart challenge they could have an advantage.”

As for the ability of the men to lose weight more easily than the women, Nitta continued, “The men do have more to lose. It’s easier for them to lose. Percentage wise the women are getting smaller but they still have weight to lose… They are down to a lot of small girls, and I think it’s going to start creating a challenge for them.”

In the meantime, Sarah has stayed focus on achieving her own personal goals back at home in Las Vegas. She admitted, “Coming home has definitely been a challenge. And the reason is because there are so many distractions at home. On the ranch there are no cell phones. There’s nothing to distract you. Where at home you go back to your regular life and everything that’s involved in that. And so I think time management has been a definite struggle for me. I get distracted very easily and I want to be out playing with everyone.”

But she remains focused on getting healthy so that she and her husband can start a family, a goal that eluded a heavier Nitta. “Now as I’m doing it at home I can honestly look at everyone else that is doing it at home or trying to do it at home and say I know what that’s like and I know that it’s possible. Although it is harder and a greater challenge it’s certainly possible.”

Rock of Ages Not a Solid Idea

Ryhs Darby from Flight of the Conchords for The Office?