The Up House Really Flies 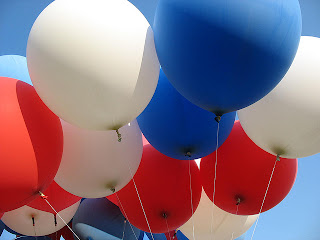 
Sometimes we can really relate to Carl Fredricksen in Up’s desire to strap balloons onto his house and float away to an exotic island. But we never imaged the technology would work.

Good news for anyone who’d do anything to escape. A group of engineers from the National Geographic series How Hard Can It Be? just went to great lengths to prove that Carl’s animated experiment could actually work.

The gang, led by series’ Producer Ian White and Executive Producer Ben Bowie, spent two weeks designing, building and launching a home in the California desert. The structure was actually a light weight 16 x 16 foot house that weighed about 2,000 pounds.

The night before lift off, staff gathered in the middle of nowhere and filled 300, eight feet tall balloons with a tank of helium each. The house not only made it off the ground, it soared to heights of 10,000 feet. The structure’s unmanned voyage lasted for about an hour and broke the record for the largest cluster balloon flight in history.

You’ll have to wait until the fall when How Hard Can It Be? premieres on the National Geographic Channel to get all the geeky scientific details. But if you just want to enjoy a sense of childlike wonder, check out this video of how it all went down… or should we say, up?