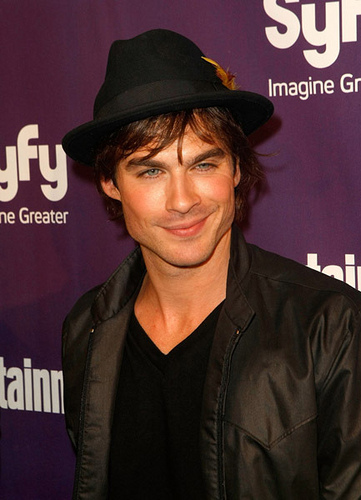 A TV vampire sinks his teeth into some juicy causes, an Academy Award-winner rallies friends for a Shakespearean event and the “Blind Side” mom keeps giving on reality TV. Here are this week’s most inspirational pop culture moments.

According to their website, the non-profit, “aims to empower, educate and collaborate with people and projects to positively impact the planet and its creatures.” To that end, Somerhalder’s group recently teamed up with Conservation International to kick-off the “Lost There, Felt Here” campaign. As a result the ISF “is protecting over 300 acres of forest.”

And on top of that the ISF raised over $25,000 at “The Vampire Diaries” EyeCon in Atlanta. The celebrity autograph convention, took place in Atlanta and was dedicated to all things “TVD” — the perfect spot for Somerhalder to auction off keepsakes to dedicated followers for his cause.

To learn more about the Ian Somerhalder Foundation visit isfoundation.com.


To read the rest of this week's inspirational pop culture moments, visit beliefnet.com.
For related stories check out:
Prince Gives Big to the Promise Zone
The Planet is Going, Going, Gone