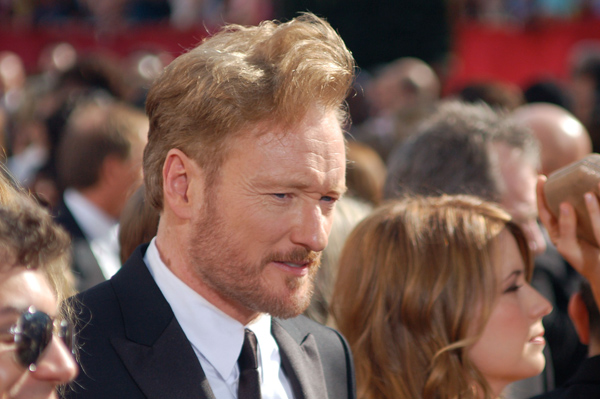 Last night was the moment of reckoning of “Beardpocalypse.” For weeks now Will Farrell has been taking over the airwaves at Conan and threatening to shave the talk show host’s beard. We’re not sure what the current star of The Office has against O’Brien’s ginger scruff. We personally like it.

Ferrell called Conan’s rusty beard “a huge mistake” and he vowed to fix it himself. The actor told Coco the clipping would go down when he was a guest on the show on May 2. And he told O’Brien to “circle the date on your calendar, because I am circling your face like a vulture who eats hair.”

For weeks the stubble-laced-drama has been mounting. Fans sat by in anticipation. Would Ferrell accomplish his mission and successfully shear the late night host? Clearly Ferrell hadn’t been joking around and was, as he had threatened, “beardly serious.”

Well last night Conan’s year and half long follicle adventure came to an end. Despite O’Brien’s daughter’s reportedly tearful goodbye to her daddy’s facial hair, the die seemed to be cast — Conan would be cropped.

True to his viral roots, Coco featured fan art depicting the bristly opponents in a series of pop culture themed images replacing the likes of Harry Potter and Lord Voldemort and comparing the shaver and shave to Cher and Christina Aguilera in Burlesque.

Ferrell took the stage, straight edge razor in hand a la Sweeney Todd. After halfheartedly plugging his new movie Everything Must Go and dissing Conan’s daughter through the boob tube, the main event began.

Luckily for Conan, Ferrell put down the straight edge and picked up his electric shaver, which he dubbed “Excalibeard” — which “runs on pure righteousness.” Okay, so in the end, Ferrell only got half the job done but a pro came in during the commercial break and finished the task at hand.

But don’t worry about the newly fresh-faced Coco. Should his newly naked chin get chilly, a dedicated fan knitted him a burnt orange replacement out of yarn.