The Sing Off Is Casting Season Three 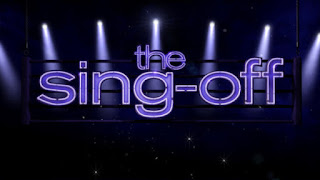 Casting officially begins this week for the third season of The Sing Off. The search for great a cappella groups kicks off in Boston on Thursday, May 5 and the five stop tour ends in Los Angeles on Saturday, June 4.

So if you like singing harmonies with your homies or beat boxing with your buddies, it's not too late to round up a bunch of friends and get your act together. Groups are required to prepare two to three tight songs. Choreography and matching costumes are also encouraged but not mandatory.

In a recent conference call interview casting director Michelle McNulty noted, "The one thing that I tell groups is two songs is best. If they have a third song in their back pocket that’s great, but we do like to see two songs. And one of them should be a pop or rock cover sort of a current one in the last like ten years and then the second song should definitely be within their own style. If groups don’t necessarily do choreography regularly that’s okay. We don’t want them to come out and start doing choreography because they see it on the show and then it kind of trips them up vocally... When they come to the audition I want to see them do what they do all the time and I want to see their best performance... These auditions are focusing on their vocal ability."

Michelle commented that groups can't just rely on a great frontman. "It’s a cappella so you’ve got to have it nailed all the way across the board from your harmony to your blends to that lead singer... Sometimes a group can have multiple lead singers which is great... First and foremost, though, it’s that blend. Because if something is off you can hear it."

Did the casting director have any advice for potential auditonees? She said, "Just come in and do you. Obviously practice, practice, practice to make sure that your harmonies and your vocals are on point, but the biggest thing is to just do you. Don’t think of the show and think oh I’ve got to do choreography and that’s not something that you normally do or oh I need to wear funny shiny suits, funny matching outfits, if that’s not what they normally do. Just come in and do you and the rest will be great."

Based on the success of last year's high school group, Eleventh Hour, the minimum age has been lowered to 12 and there is no upper limit. Groups must have at least four members and no more than 15. And absolutely no musical instruments of any kind are allowed.

Los Angeles auditions for The Sing Off are being held Saturday, June 4 at Center Staging on 3350 Winona Avenue in Burbank, California. Casting calls are also happening in Boston on May 5, in New York on May 7, in Nashville in May 14 and in Chicago on May 21. For more information on auditions visit The Sing Off casting website.

For related stories check out:
Nick Lachey Gives Props to "The Sing-Off" Judges
Vanessa Minnillo Shows Her Funny Side on 30 Rock