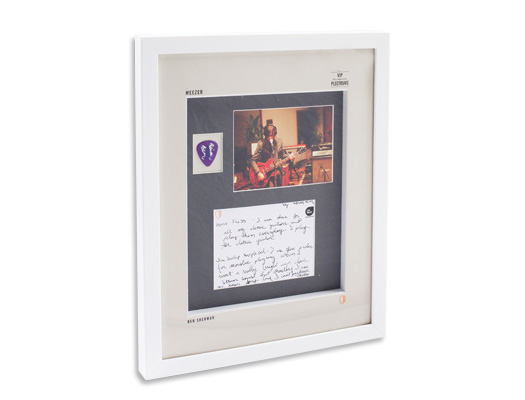 Musicians donate guitar picks for a cause, celebrities join a new Hollywood charity movement and a reality judge reflects on surviving cancer. Here are this week’s most inspirational pop culture moments.

This week would have been Les Paul's 96th birthday, so it seems only fitting that there is a guitar-related charity in full swing right now. Ben Sherman's V.I.P. (Very Important Plectrums) is an initiative raising money by auctioning off guitar picks.

The plectrums are donated by legends like Keith Ricahrds, Robbie Robertson, Emmylou Harris, Franz Ferdinand, Duran Duran, Dave Stewart and Kings of Leon. Each auction piece features a pick personally signed by the artist, a photograph of the musician and a personal message about the pick, all in one custom-made collector's frame.

This is the second time that Ben Sherman, the British clothing company, has held the V.I.P. auction. This year 100% of the proceeds go to two charities — Trekstock, an organization that supports young people living with cancer, and Lifebeat, a non-profit that uses music to educate kids about HIV/AIDS.

The auction began on May 29th and the first lot closed on June 5. Two more will close on June 12 and June 19 so it is not too late to own a piece of rock history. The next two lots feature picks from The Monkees, Echo & The Bunnymen, Panic! At the Disco, Coldplay, Keith Richards, Ronnie Wood and many more. They also are auctioning a custom Gibson SG and two mystery picks on June 9.

And while the auction is raising a significant amount of money, to real fans, these picks are going for bargain basement prices. Paul Weller's plectrum sold for $1,100. Weezers' took in $275. Emmylou Harris' sold for $300 and the highest bid for a Duran Duran pick was $385. For details visit the VIP website.