Jeff Sutphen Talks About 101 Ways to Leave a Game Show 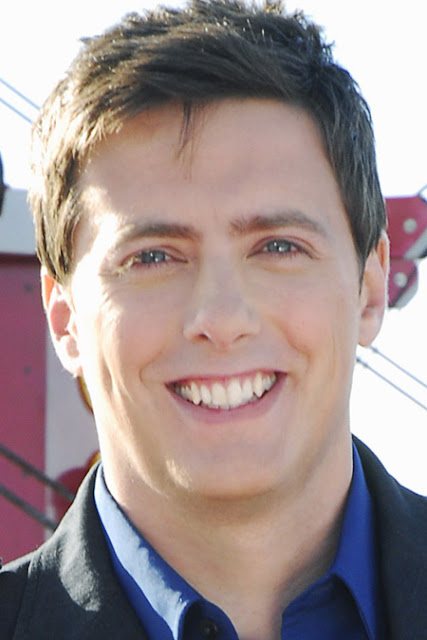 101 Ways to Leave a Game Show is the newest offering in the extreme competition series genre. On the series host Jeff Sutphen challenges contestants to answer trivia questions, but whoever gets the answer wrong faces a dastardly fate. Losers might get airlifted off by a helicopter or rolled down a steep incline in a Ball of Doom. In a recent exclusive interview, Jeff told us about getting the job and whether or not he dreamed of being a game show host when he was a kid.

When we asked how he got the gig on 101 Ways to Leave a Game Show he joked, “I was pizza delivery guy and I was delivering a pizza to the executive producer’s house. And I rang the doorbell and he answered the doorbell and he said, “You know what? You look like you should be a game show host… That’s a lie but just because it’s far more exciting than the real boring answer.”

But then he gave us the straight scoop, “I went on an audition just like pretty much everyone else in America for this particular job and I was very fortunate enough to get it. And I think part of the reason I got it was because of my Nickelodeon show. I think a lot of the executives at ABC and Endemol have kids who watch me on Nickelodeon and they have passed through the room at some point in time when that show was on.”

101 Ways to Leave a Game Show host is quite a superstar with the tween set. He’s been the host of the Nick slime and earwax fueled kid’s quiz show BrainSurge for three seasons. Now he’s applying the skills he learned there on his new series, “

“Overall if you watch both shows, you’ll be able to go, ‘Oh, he’s just playing. He’s just having fun.’ And I think that’s the big thing. And that was one of the things that I said to the executive producers when they were considering me for the show. I went and met with them in a meeting and I said, ‘You might find someone you think is funnier. You might find someone who can read a cue card or a teleprompter better than me. But I can promise you won’t find someone who has more fun doing what they do and will work harder at it.”

Not only is he diligently applying himself as the host, Jeff also plays along behind the scenes. He recounted, “Right before we shoot each question, the producer comes to me and shows me the question. Everything is kept very lock and key, very under wraps. And I always give him what my answer would be. He doesn’t tell me whether I’m right or wrong. And I go, ‘This is what I think the answer is.’”

But luckily for him, he’s not an actual contestant because, Jeff admitted he isn’t very good at the game, “I would say eight out of ten times I’m wrong. So I think I would definitely end up being eliminated. But who knows. There’s one or two of them where I’m like, ‘Oh, I know this one.’”
Of course being right or wrong doesn’t really matter in Jeff’s case. He’s having the time of his life emceeing the series — not that it was his lifelong ambition. Jeff confessed, “As a kid growing up you’re always like, ‘I’m gonna be a fireman or I’m gonna be a newscaster.’ I don’t know anyone who’s ever said, ‘I want to grow up and be a game show host.’ Somewhere along the line that happened for me and I’m okay with that, because look what I get to do. My day at the office is attaching people to an airplane, running them over with a monster truck, sliming them, sending them down the BrainDrain, asking them stupid questions, acting like a ten year old boy.”

And he hopes to be doing it for years to come. “I look back and go, ‘This happened and this is awesome. This is great. If this is the direction I’m gonna go for awhile, then I’m okay with that. I’m having a great time.’ If I ever find myself at a point where I’m not having a good time anymore that’s when I’ll decide okay, I gotta figure out what the next step is and bow out of this. At this point in time I have said to Nickelodeon, I have said to ABC, ‘As long as you are giving me shows, as long as you want me involved, I will bend over backwards to be part of them because I’m having the time of my life.’”

In the meantime Jeff’s already got some other irons in the fire. He and his wife Stacy recently launched their own production company to develop new projects. He explained, ““We just started it this year, Part Time Hero Productions. I come from a production background, I didn’t start off in front of the camera. I went to school for television, radio, film and I spent many years as a producer behind the camera — sitting in edits, as a camera man, all these different things — before I ended up in front of the camera. So it’s a way for me to stay in that end of things. And my wife is an extremely talented writer, actress and extremely creative person. And so together we have been coming up with some show ideas and concepts that we are in the process of streamlining and… then we’re gonna start going out and pitching and trying to make some shows here or there.”