Lucas Daniels Was Glad To Be Sent Home from The Bachelorette 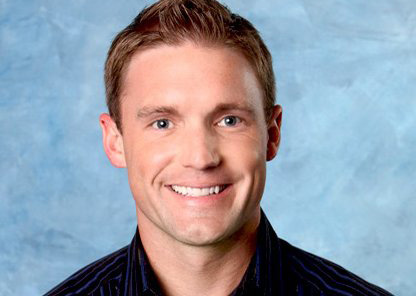 We don’t know all you Bachelorette fans are feeling out there, but we're not quite sure Ashley Hebert is going to pick any of the remaining guys this season after being heart broken by Bentley Williams. And we were definitely not surprised when she sent Lucas Daniels home this week after what seemed like a slow ride to nowhere on there dating journey. The visible lack of chemistry was apparent to pretty much everyone except the bachelor himself. The southern boy from Odessa, Texas was taken by surprise at last week's rose ceremony. Here are ten things Lucas had to say about his experience in a recent conference call interview.

On Being Surprised at the Rose Ceremony
"I felt very confident going into that. I was already prepared to take her home and I was prepared to say, “Hey mom and dad, here’s Ashley.” And so I was shocked. I wasn’t quite sure what she didn’t see in me versus, I guess, Ames.  But she made great decisions pretty much throughout so we moved at a slower pace but I was bummed out. I was kind of shocked at the end."

On Feeling Like He Would Be There Longer
"Coming of that Hong Kong date we had a good time on the junk boat and we got to really dive in deep and then we dove in deep again in Taiwan, our conversation at the cocktail party. [We] had some fun when we were dressing up for wedding photos. So I guess [a] couple of looks and a couple of things I was seeing that she was looking at me, I felt like she felt good about me, comfortable with me and so that’s what surprised me. I didn’t see a solid connection on that date with Ashley and Ames and that’s why I felt pretty confidant going into the rose ceremony."

On The Differences Between Him and Ashley
"We had a conversation towards more of some of our beliefs, our family, stuff like that. I think we were just really opposite really. I’m very, very traditional. I’m conservative and she is the other side and that’s fine. Opposites attract I guess, but we just have some differences and what we believed in."


On What Went Wrong with Ashley
"She hit on quite a bit about my divorce and I guess that’s something that she was worried about. But like I told her on the show, it’s been three years. It’s not a problem. That might have scared her saying, 'OK, he’s already been married once and what makes him think this will work a second time?' But the differences – she and I the whole time we were trying to pinpoint those. We knew that we weren’t compatible to the sense of we believe in the exact same things and we have the same goals and then we want to do the same type things."

On What He Would Have Done with Ashley on a Hometown Date
"I live in a smaller west Texas town, it’s not your New York or your Sonoma Valley but there are good people here… We do a lot of cook outs with family and there [are] a lot of sand dunes. We’ll get in a big go cart type thing and run over these sand dunes. When I was growing up you really have to try to make something work and have a good time. It’s not the most beautiful town in the world, but there are good people and we would probably just hang out with family and I would have loved her to meet my parents and my brother and my nieces… Anybody I’ve ever brought home, they accept her because if their son likes her and wants to move forward, then they will too."

On His Favorite Moment on the Show
"I probably have a couple. One of my favorites, honestly even though I got beaten in the ring, was actually doing all that Thai boxing. That was an experience in itself, I’ve never trained like that. It was unbelievable… And obviously [so was] my day with Ashley in Hong Kong. I would never in my life probably see a skyline like that ever and we were right in the middle of Hong Kong so that was wonderful."

On What He Learned About Himself from Doing The Bachelorette
"One thing I learned is how to really open up and talk about my feelings because I’ve never talked about my feelings like that in a long, long time. So and I guess that might be your typical man or whatever but it got to me just open up. I’ve always said what’s on my mind since I was small but this really gets you in touch with your feelings and helps you open up. And I think she deserved that so some of the guys probably didn’t do it as much as I did, but I felt like, 'What do I have to lose?' Just let her know how I feel."

On What He's Looking for in a Woman
"I’m a really simple guy. I want just a down to earth girl. I want somebody that enjoys traveling, enjoys but understands also a good work ethic And I want that woman knowing that I can provide for them and somebody that wants to wake up next to me and wants to just do some simple fun things and just somebody who loves me for me."

On If He'd Do It All Again
"Absolutely, I would definitely do the show again. It’s tough odds. You have 25 guys going after one gal and that’s usually the odds I don’t try to overcome but it was a wonderful experience. I would never think I would be able to be involved in something like this and yes, I would definitely do it again."

Watch The Bachelorette on Monday nights at 8 p.m. EST/7 p.m. Central on ABC.