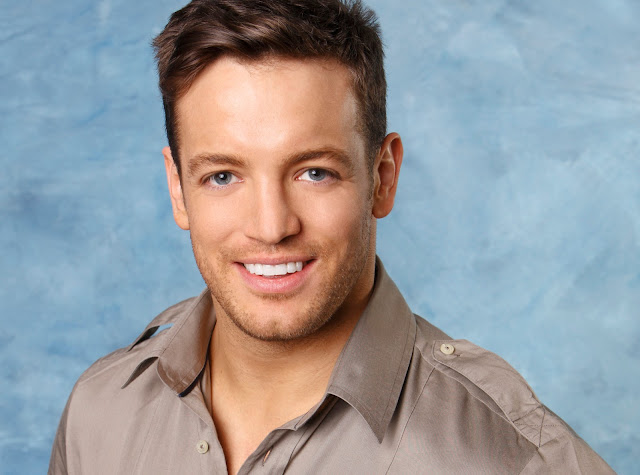 We always try to be nice here at Pop Culture Passionistas. But we admit, we didn’t really get Ames on The Bachelorette. Sure the most recently eliminated contestant was smart and well traveled, but anyone could tell there was no chemistry between the portfolio manager from New York and the dentist from Maine. We're not saying Ames isn’t a catch for some lucky girl, just not for Ashley. But in a recent conference call interview, we discovered that Ames was ready to get down on one knee and pop the question — after just a few less-than-passionate kisses. Here's what Ames had to say about that along with nine other things we think you'll find fascinating.

On Being Different
"I really didn't know I was different, well, frankly, until it was too late. And I guess if I am different, whatever it is didn't really work. But hopefully there is someone out there to whom my differences appeal."

On Surprises While Watching the Show Back
"I think everything surprised me about her relationship with other guys, just because I really was just focused on getting to know her well and our relationship. So I really didn't pay attention to what else was going on. So watching the show, to me, 90 percent of it was new."

On Why Ashley Kept Him Around After the Thai Boxing Date
"To be honest, [I] don't remember a lot of that week, because that was a pretty tough hit. But maybe she kept me around because that was so painful. I don't think so necessarily. I think at that point, and through the whole process, I think we were clicking pretty well. That said, I'd probably do just about anything to have more time with her. I think she saw we had a wonderful one-on-one date. And a lot of people who had had one-on-one dates before me were already home. So I think we had something good going on."


On Taking Things Slow with Ashley
"One thing I really picked on, watching the hometown dates, is that my progress with Ashley certainly was a lot slower than the other guys. But I didn't see that as a negative, necessarily. In fact, in many ways, I was trying to take our relationship a little bit slower just because I wanted it to last forever, and I think a lot of times, both watching this show and out of real life, we see a lot of relationships that move super-quick and then expire just as quickly. And I was having an amazing time with Ashley, and I started becoming really close to her. And it was a little bit slower than the relationships around us, but I felt okay about that. And she's the kind of person that I really wanted to make something lasting with, and so I didn't want to rush it at all, and actually I enjoyed taking it slowly."

On Thinking He Would Make the Final Three
"I'm very, very embarrassed to say that that was the only [rose ceremony] I went into when I thought, 'Oh, my God, this is almost a sure thing.' I felt so excited about us and our future, and especially about the next week because I thought, 'We've been through so much. She's met my family. Everything went great. We had an amazing kiss and an amazing conversation in the most beautiful place I may have ever been before. And I think this next week is really going to make an engagement possible.' And so I thought, 'Of course, we're going to be around next week.' And I was just like, 'All right, let's go.' It was awful."

On His Graceful Exit
"I think it would be hard to eclipse my level of disappointment that evening. I definitely had a smile on my face, and maybe that was some sort of emotional guard… I didn't want to make something that was already difficult for Ashley even more difficult. I didn't want to put her on the spot or anything. I just wanted to exit as gracefully as possible. And she has great things ahead of her and I just didn't want to be any kind of blight on that. But that was an awful, awful week. I probably got out of the limousine where I get my interview and probably threw up or something like that. It was unbelievable. I have to admit I was totally disconnected in terms of what I was feeling and I guess what was going on. So that was a pretty difficult realization to obtain in such a short period."

On Still Having Feelings for Ashley
"No. I wish her the best — and it's taken me a couple of weeks — but I just really would like her to… have chosen the right guy. And I would love her to live happily ever after. She deserves it. She's a great person, and I'm sorry it didn't work out between us, but I think she's the kind of a person that would make a great wife and a great dentist. And I'm just excited to see her have a happy future."

On What He Would Say to Bentley Williams
"I have no idea. I just hope Ashley doesn’t get hurt even more. I’m sure she won’t, but I think she’s over Bentley at this point. God, I hope so… It did seem very overboard. But I think Ashley moved on in a pretty big way and if she were to run into him in the Men Tell All, I think she would certainly be able to fend for herself at this point… I was pretty bad in that forum [being friendly with the other men] because I was really focused on Ashley and me, and basically just on Ashley, and I wasn’t as social as maybe I should have been, which makes it harder for me to opine on things like this just because I don’t know. It’s embarrassing but true."

On Being the Next Bachelor if Asked
"I would totally consider it. I guess the greatest thing that I learned about the show — and I'm sure people disagree with me — but it seemed very real to me, and if it wasn't, then the joke's definitely on me. But to me, it seemed very real, and I would always welcome any opportunity to find the right person to spend the rest of my life with. But I actually haven't even thought about like things like that. But yes, I would definitely think about it."

On What He's Looking for in a Partner
"For me there really isn't a list of attributes. It's more the feeling that you get when you're spending time with the person. I think our emotions and our bodies are good judges, and I just want the feeling that I'm in love, not necessarily a resume. And Ashley did give me that feeling, and I hope to feel that again. I have learned a lot and got a great feeling when I was with Ashley. I'll definitely look for that in the future. She's an exceptional person in so many ways, really smart and beautiful and has a lot of like combinations of things that are rare to find in the same person. And so I'm hoping, obviously, to find somebody who gives me that same great feeling and has those same great things. It was a learning experience, a painful one, physically and emotionally at the end. But if I had the opportunity to do it all over again, I would definitely do it."

Watch Brown on The Bachelor Pad Monday nights beginning August 8 at 8 p.m. EST/7 p.m. Central on ABC. And to see who Hebert chooses, tune in to The Bachelorette in that same time slot until then.