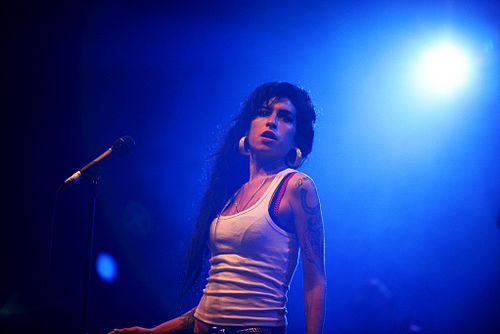 The dad of a pop star who’s passed plans to help, some bloodsucking stars say “It gets better” and a good message comes from an unusual sitcom. Here are this week’s most inspiring moments in pop culture.

In the wake of the tragedy of Amy Winehouse's death, her father Mitch Winehouse, announced his plans to start a foundation in the singer's name. He hopes to help those struggling with addiction as his daughter did.

He is particularly concerned for those in the U.K. who are not well off. He told the Daily Mail, “In this country, if you cannot afford a private rehabilitation clinic, there is a two-year waiting list for help… We are trying to change that.”

Parliament member Keith Vaz, who intends to help Winehouse achieve his goal remarked, "I am very happy to help Mitch in any way I can with his important campaign to help rehabilitate those most vulnerable in our society."

Amidst reports of an inconclusive autopsy and allegations she died from alcohol withdrawal on a road to recovery, the Amy Winehouse Foundation may supply much needed relief to addicts so they won't suffer Amy's fate.