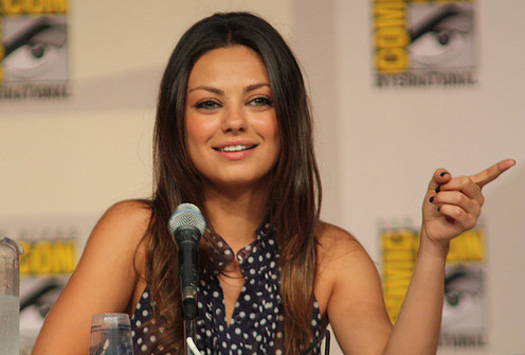 A star changes her schedule to dance with a Marine, a famous teen tells kids to Delete Digital Drama and Broadway Barks for four-legged friends. Here's this week's most inspirational moments in pop culture.

Stars Go Dancing for the Country

This week when Mila Kunis and Justin Timberlake were at Fox News on a press junket promoting their film "Friends with Benefits," the actress was stunned to learn about a YouTube video creating quite a stir on the Internet. Sergeant Scott Moore of the 3rd Battalion 2nd Marines in Musa Qala, Afghanistan, posted a plea to the star, asking her to attend the Marine Corps Ball with him on November 18.

Timberlake encouraged her, "Do it for your country," and promised Moore he would "work on this for you." Kunis agreed then and there to go with Moore and proclaimed, "We're going to make this happen." Then after a few days of will she or won't she and questions about scheduling conflicts, Kunis' reps confirmed she will make any adjustments necessary to accompany the Marine to the ball.

But Timberlake was not off the hook. Just days after Kunis' invite, Corporal Kelsey De Santis, the only female at the Martial Arts Center for Excellence (MACE) at Marine Corps Base Quantico, posted her own video, asking the singer-turned-actor to escort her to another function. This Marine Corp Ball is on November 12. No world yet if JT has accepted.