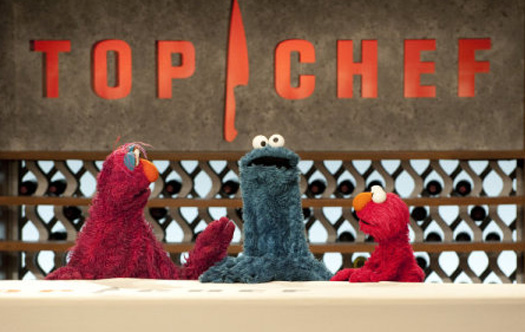 Boo Berry – We’re Cocoa Puff and Crispy girls, personally. But even as kids we admired the brilliant marketing ploy behind the monster themed cereal craze. And true Count Chocula, Franken Berry, Fruit Brute and Fruity Yummy Mummy were cool. But Boo Berry was the grooviest ghoul of them all.

Road Runner — He was a man of few words — two actually “meep meep.” But what the Road Runner lacked in elocution he made up for in street smarts. Wile E. Coyote and all his Acme toys never could mow him down.

R2-D2 from the Star Wars franchise— He may be another lingquistically challenged character but thanks to his sidekick C-3PO, little R2 had some of the funniest lines in the original Star Wars trilogy.

Benny the Ball from Top Cat — When we were little we loved the most effectual Top Cat and his gang. And the most underrated sidekick on TV has to be Benny the Ball.  Sweet and naive but able to pull through in a pinch, no wonder Benny was T.C.’s BFF.


Cookie Monster from Sesame Street — We could always relate to a guy whose one simple pursuit in life was eating cookies. We were sad when C.M. turned his back on us a few years ago, declaring the sugary treats a “sometimes food” but we know he’s sneaking Oreos when the cameras stop rolling.

Squidward Quincy Tentacles from SpongeBob Squarepants — Granted, Squidward is one of the most self-absorbed and crotchety characters under the sea and on TV. But when you’re surrounded by people as saccharine as SpongeBob and Patrick, you need a salty dog to balance things out.

Jabberjaw — Jabberjaw the shark starred in a cartoon of the same named that was basically a Josie and the Pussycats knock-off at 20,000 leagues beneath the sea. But the great white stole the show with his Curly Howard meets Rodney Dangerfield like mugging.

Gonzo from The Muppet Show — They didn’t call him Gonzo the Great for nothing. The hook-nosed Muppet is so lovable he steals the furry creatures version of A Christmas Story with one simple line (“Tiny Tim, who did not die…”). Besides that inexplicable attraction to chickens, Gonzo’s got it going on.

Max from Yellow Submarine – Yes the Blue Meanies in Yellow Submarine lived up their name by trying to silence the good people of Pepperland. But we love the head Meanie's henchman Max so much we’d follow him all the way to Argentina.

For related stories check out:
See Jim Henson's Muppets Stuffed and Unstrung
The Voice of Cindy Lou Who and Rocky the Squirrel