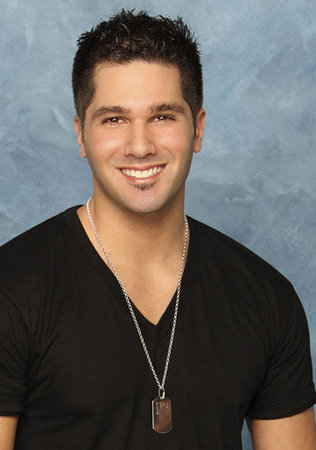 Not surprisingly Justin “Rated-R” Rego was the first guy kicked out of the Bachelor Pad last week. Hey may not be as much of a player as he thought he was. First of all, he didn’t manage to pull the wool over Ali Fedotowsky’s eyes by having a girl on the side on The Bachelorette. And this time around he couldn’t manage to overthrow the already super powerful clique led by Vienna Girardi and her boyfriend Kasey Kahl. In a recent conference call interview Rego talked about strategy and his fatal mistake on the show.

Justin said he went into the competition knowing how much strategizing there would be. He acknowledged, “I did know that you have to have some game… coming on here. That was the part that I was looking forward to the most, was actually getting involved, getting mixed up and forming alliances [to] see how I can possibly take control of that house.”

Unfortunately for Rated-R, he put his control in the hands of Alli Travis, who turned on him. Asked if he could do anything differently Justin admitted, “I wouldn’t have opened my big mouth to Alli… Definitely it will be just that one move. I remember actually having that conversation with that original group and I knew that the powers to be in that house were, Michelle [Money], [Graham Bunn], Kasey, Vienna and Holly [Durst] and Michael [Stagliano]. And I knew I had to break them up but, I was actually trying to protect Alli, because they wanted to get her out of there… It's definitely that one moment where I actually spilled the beans to her and she went literally, five minutes later running to Graham, telling him what I said. So definitely I regret that.”

But the pressure of the competition meant that Justin had to act quickly. He recounted, “There's only three hours, and even in those three hours, there's so much wrong going on in that house. You couldn’t see everything. And I did build a solid alliance, I had Gia [Allemand], Jake with me and everything and then Alli was kind of a flip-flopper.”

Justin further recalled, “I remember that night, so distinctively where I was talking to her and I'm telling her, ‘Hey, you know what, they're going to try and flop you.’ And we needed her vote to make the majority to us and pick off the other guys, one-by-one. But in the end, it was a bad decision trusting that girl.”

That misstep aside, Justin did get the strategy of the game. He admitted, “Even Gia, when she got in there, she's like, ‘The power couple, power couples, power couples — we got to break them up.’ And it's true. Those are the ones you have to worry about. Any couple going in there, they’re going to save each other. And that's the powerful alliance obviously because they are dating. So going to that show you got to separate them.

Check out Bachelor Pad when it airs on Mondays at 8 p.m. EST/7 p.m. Central on ABC.

An Interview with Haven's Emily Rose and Syfy's Mark Stern

Tiffany and Debbie Gibson — Giving the People What They Want