Ryan Park from The Bachelorette Really Is a Nice Guy 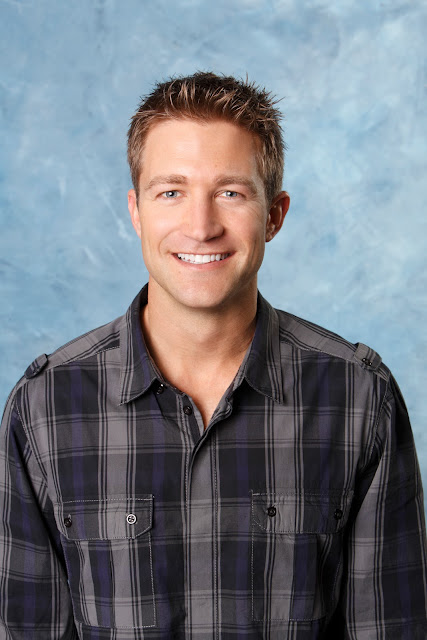 There have been a lot of controversial contestants on The Bachelor franchise over the years but only one has been called out for being too happy. The smiley suitor in question is TheBachelorette’s Ryan Park, who got very teary-eyed when Ashley Hebert sent him packing. In a recent conference call interview Park talked about his personality traits and the way his competitors reacted to him.

Despite the fact that he was constantly being described as annoying on the show, Ryan admitted that producers captured his essence. He confessed, “Generally speaking, they did a fair depiction of what I think my personality is.  Clearly, definitely, [they] overplayed the giddiness… by showing certain clips when sure enough my little boy excitement comes out.  But generally speaking I think it was fair.”

He added that there is more to him than what was shown on television. “In Phuket Ashley breaks us up into two groups for the Baan San Fan, the orphanage, and declared me to be the leader of the group and J.P. was leader of the other group.  And so we walk in here and we just all the stuff to do.  And, of course, I was being friendly advising of what we should be doing because guys were kind of standing around because I was supposedly the leader.  But that wasn’t shown on TV, which is Ryan bossing people around… That’s a small example. Obviously they just tried to magnify that oh, yes, I’m annoying.  Am I real?  But hopefully towards the end of it the general viewer realized that, yes, this guy is.”

Ryan also thinks that even though his competitors consistently called him annoying that they didn’t doubt his intentions.  He revealed, “I believe it’s going to come out pretty clearly that they didn’t feel that I was insincere… I’m just happy being, so to speak.  And there’s time when you’re sitting around after being cooped up weeks on end and people get grumpy or unhappy about being in that situation.  But I still maintained a positive demeanor from early in the morning until late in the evening.  And, yes, I can see how that can get on some people’s nerves.  I definitely learned a lot about myself through that.”

In fact Ryan wanted to make it clear that he’s a really likable guy. He remarked, “I have wonderful friends literally around the globe.  And never ever have I ever been called insincere or ungenuine [sic] before in my lifetime.”

He believed that his personality in the beginning was simply misunderstood. “There’s a little bit of that early on because, I don’t want to call myself unique, but I think it’s just different in that most of the time when you do see someone with a real happy outside or whatever it’s trying to cover up something inside.  And I definitely don’t blame the guys for thinking that way up front.  But those gentlemen that were around much longer realized that wow the mask, the proverbial mask, is not coming off of me.  And that’s just the way I live my life.”

As a result Ryan said he’s been able to maintain many longstanding relationships over the years. He acknowledged,  “I still have a bunch of friends that I’m in still in close contact with from high school and in college.  I have such amazing friends, many even afterwards.  And, yes, everyone knows that I am very unique… at least those friends that I’m endeared for kind of the just being happy and loving people.   I wear a big heart on my sleeve.  And if you just don’t resonate with it, then you probably aren’t my friend… There could be some people like, ‘Yes, maybe this guy’s a little annoying or too much’ and just don’t hang out.”

The Bachelorette season is over but catch Bachelor Pad when it premieres on Monday, August 8 at 8 p.m. EST/7 p.m. Central on ABC.

An Interview with Haven's Emily Rose and Syfy's Mark Stern

Tiffany and Debbie Gibson — Giving the People What They Want