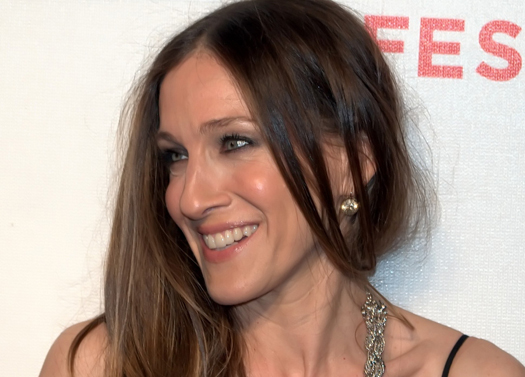 A Sex and the City star donates shoes for charity, singers pay tribute to a lost legend and an Angel helps kids in Kenya. Here's this week's most inspirational moments in pop culture.

Will Sarah Jessica Parker Give Up her Minolo’s?

Sarah Jessica Parker’s iconic Sex and the City character Carrie Bradshaw was known for her love of one thing over all others — no, not Mr. Big. We’re talking about shoes. Her affection was so deep in fact that she once almost lost her apartment and remarked, “I've spent $40,000 on shoes and I have no place to live? I will literally be the old woman who lived in her shoes!”

In real life the actress is using her obsession for good. SJP is just one of a long list of stars who is donating their cherished footwear to the Small Steps Project’s auction. The organization supports children who live in rubbish dumps around the world.

The idea came from Small Steps Project’s founder, former entertainment journalist Amy Hanson. According to the organization’s website, “After years of asking celebrities about their shoes, Amy gave up her job as a showbiz reporter and started this charity but wondered if there was a way she could generate something good out of her career. She decided to ask every celebrity she had ever interviewed if they would like to donate their shoes to the project, so the celebrity’s shoe could be auctioned to raise money to provide shoe and aid for children on rubbish dumps with no shoes.”