Jessie Has a Cast of Poised Young Stars 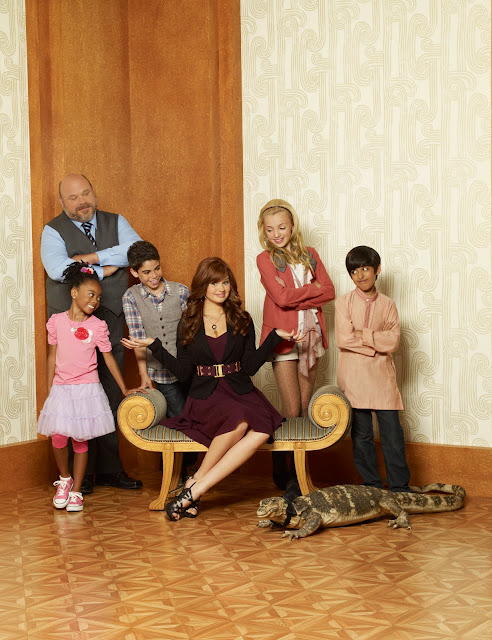 
This week we went to the set of the Disney Channel’s brand new series Jessie. Once again we were amazed at just how poised the young actors who star in the show are.

Suite Life on Deck actress Debby Ryan is the seasoned pro of the group at 18 years old. She plays the title character in the show, a newbie in the Big Apple who becomes nanny to a family full of adoptive kids — and a giant pet lizard. Broadway star Kevin Chamberlin plays the butler, who has a disdain for children and a killer Bea Arthur-esque glare.

We could go on and on about the cast but in the meantime go check out our exclusive YouTube videos of Debby, Kevin and the other kids in the cast — Peyton List, Cameron Boyce, Karan Brar and Skai Jackson.

And catch Jessie when it premieres on Friday at 9 p.m. EST/8 p.m. Central on Disney Channel.
Posted by Pop Culture Passionistas at 9:00 AM