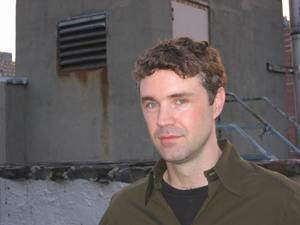 Do you think you understand what makes a hit and what constitues a flop? If you are constantly saying "I told you so" when some dark horse wins an award or an assumed hit goes belly up, you might want to visit MediaPredict.com.

Media Predict wants to put their money where your mouth is. They want to pay people to bet on the success of the latest media craze. They ask questions like: Will Playboy Club make it to 10 episodes? How much will The Three Musketeers gross in its opening weekend? How many streaming subscribers will Netflix have at the end of the year?

The CEO and founder of Media Predict, Brent Stinski, explained that they created the site for two reasons — first so visitors can have fun playing the game and second to do market research. He commented, "For years media companies have relied on things like focus groups and surveys. They used these to get insight about their shows and movies, basically to learn what was working and what wasn't."

He continued, "Media Predict provides a better way to do that. First the odds in the betting are usually indicative. So if everyone is betting that something will be a hit, it usually is. Also asking people to place bets really makes them think hard and tell the truth, which from the media company's view is a lot better than a bunch of people randomly clicking their way through a survey."


Media Predict thinks their method is a more accurate indication of how well a product will perform than the opinions of a few suits. Alluding to the famous William Goldman quote, MediaPredict.com claims, "No one individual knows anything. But together — collectively — we have a chance."

And so the company assembles markets to help predict which projects have a chance and which may be dead in the water. The website points to some classic examples of industry predictions that missed the mark including:


"They felt sorry for me more than anything else. There were a lot of condolences," said George Lucas on professional feedback before the release of Star Wars.

"After test audiences panned a sitcom, network executives aired the pilot in the middle of the summer, presumably to have it behind them. The show: Seinfeld."

Plus the best part of Media Predict from a participant's perspective is, you can make money. Brent stated, "You play the game. If you're good, we give you money to use at our real-money site, where you can compete against other top players. It's fun and it helps media companies put out better stuff."

There are two levels of play — a betting interface for beginners and a trader interface, with a more complicated structure like playing the stock market. Anyone can take part and then the good ones are invited into the real money site.

And it is real money. Brent said, "All that 'virtual cash stuff' is such a headache." Game play does use "media dollars" but every $1,000 media dollars earned equals one actual, real-life buck. Brent clarified, "So if you make $45,000 in the game, you can walk away with $45 in a direct payment."

And it's all on the up and up, too. Although they call it betting, there is no money paid up front by the player, therefore it is not actual gambling. Brent reassured, "We supply all the funds. Everyone walks away better off than they were before.

Brent expanded, "The idea is, honestly, just to make things more fun. If someone gets invited in and given an account of $10 or $20, we know that's not a lot of money. But it does make it fun."

He added, "Think about when you first played poker as a kid. If you're playing with chips it's just another game. It got boring quickly. But once you started betting dimes and quarters — suddenly everyone cared."

It remains to be seen if anyone can make serious money on the site, but Brent is happy with the response so far. "We're very pleased to see how much fun people are having in the real money market. There are some hard-core traders in there looking for any angle. It's intense."

Check out MediaPredict.com and see if you are a TV and movie fortune teller.