On the Red Carpet with Glee's Dot Marie Jones 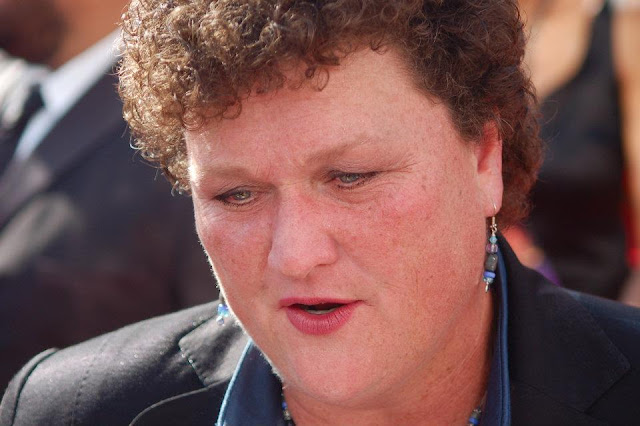 Today's Emmy highlight comes from Glee's Dot Marie Jones. She was a nominee at the Creative Arts Emmys the previous week for Outstanding Guest Actress in a Comedy. Sadly, she lost the statue to Gwyneth Paltrow, who won for her spot on the same series.

Dot plays one of our favorite characters on the Fox hit, Coach Shannon Beiste. We love how she portrays a tough girl with a big, mushy, marshmallow heart deep down. But it appears from meeting her in person that this soft side is the real Dot. She gushed about being included in the event and about learning from her co-star Jane Lynch on a daily basis. Plus she called us "sweetie." Makes a girl melt inside a little.

For related stories check out:
The Pop Culture Passionistas at the 2011 Creative Arts Emmys
An Interview with Matheus Fernandes from The Glee Project