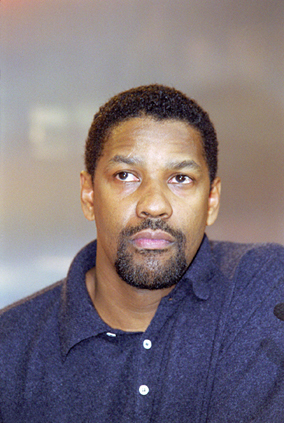 Celebrities revisit their youth for the Boys and Girls Club, stars say I Am for Climate Control and an "America's Next Top Model" contestant transforms herself inside and outside. Here are this week's most inspirational moments in pop culture.

Famous Boys & Girls Club Alum Come Together for a PSA
We don't often think about celebrities when they were young kids. Occasionally we see a high school photo, but we rarely ponder what they did long before they were stars. Well it turns out Denzel Washington, Jennifer Lopez, Ron Howard, Ashanti, Magic Johnson, Sugar Ray Leonard and Mario Lopez all did the same thing. They went to the Boys & Girls Club of America.

And now these stars and many more are giving back to the the place that impacted their childhoods. The Great Futures Start Here PSA features 21 B&GC alumni including the above plus Martin Sheen, Ne-Yo, Smokey Robinson and more.

The organization's president Roxanne Spillett said, "These alumni all participated because they know firsthand the lifelong impact a Boys & Girls Club has on young people. These individuals are living proof that Boys & Girls Clubs help create the pathway to a great future. As a result, they are passionate advocates for kids.”


Denzel Washington and Jennifer Lopez are national spokespersons for the Boys & Girls Club. In a behind the scenes video Washington said, "I love the Club. It's the reason I'm here. It taught me so many lessons and I could talk about it in a positive way and an honest way for the rest of my life."

Cuba Gooding Jr. recalled, "I remember the whole organization being so open... everybody was so helping." And Martin Sheen, who was a member of the Club from 1947 to 1959, admitted that his time at the Club was "one of the great experiences of my life."
Oscar-winner Ron Howard directed the PSA and chose the Beyonce song "I Was Here" for the soundtrack. He remarked, "We wanted the most powerful piece of music possible, to underscore the dramatic message that what we do today to shape the future of our children is vitally important.”

The video ends with the 21 celebrity alumni standing in front of the doors to a Boys & Girls Club as Washington says, "While many doors open, these doors transform. They did for us."