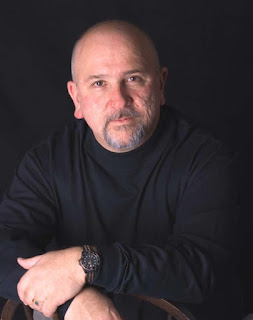 Last week Lady Gaga dedicated a song to Jamey Rodemeyer, a 14-year-old gay fan who committed suicide because he was being bullied. The problem is plaguing America’s youth and has become a very high-profile topic of conversation. One film shining a light on the issue is the upcoming documentary Teach Your Children Well, which is narrated by Lily Tomlin. In an exclusive interview filmmaker Gary Takesian talked about his inspiration for the project.

Gary explained why he decided to make a movie on the subject, saying, “As a gay man myself, homophobia issues have always been present for me. And there was a point at which I decided I wanted to do something to bring the issue of homophobia to the screen.”

The 2008 school shooting of 15-year-old Lawrence King at the E.O. Green Junior High in Oxnard, California, caught his attention. Gary explained that he and his producing partner at the time thought, “‘Gee, this is right in our own backyard. If this isn’t an impetuous to do something, I don’t know what is.’ So we set out to really talk about that particular incident.”

Since the trial was still in progress, they found that people were reluctant to talk about the case. Gary explained that they decided to shift their focus and “rather than tell the Lawrence King story, which I’m sure someone else will do, we really decided to use that as a point of departure to talk about the whole issue surrounding school violence, bullying and that those are really caused by homophobia.”

Gary hopes the film will help educate people. He remarked, “Our goal really is to have this be a teaching tool. That’s really the whole thing to get to schools, to get to PTA groups, PFLAG meetings, human rights campaigns, GLSEN, all those different folks.”

The mission, he said, was not to solve all of the problems of teen bullying but to stimulate conversation. Gary admitted, “I don’t know that we actually answered all these questions so much as we put them forward to stir people to think about it. The one thing that we have seen, even a couple of years ago when we went around just showing a little ten-minute preview, that every time we would show this it spurred discussion. There was never a time where we showed it and people said, ‘Well, thank you. We’ll see you later.’”

He continued, “There was always something heartfelt. It touched a nerve with everybody. So part of what we wanted to do with this was not so much to answer the questions but as to pose them and put it out in a way to really get people to think and talk about this issue. Because if we really had to sum up what the whole purpose originally for this film is to change the consciousness around bullying, around homophobia and around, really, gay rights in general. To push people to think about what this is all about.”

As is mentioned in the film, talking about homosexuality is still something people shy away from. Gary acknowledged, “One of the frustrating parts of dealing with the homophobia is getting people to say it, to look at it and to talk about it… We really need clear policies that are in place, that are enforceable because this is one of those issues like the gay marriage issue. Nobody’s going to do it unless the state says, ‘Yes, you have to.’ And then people fall in line and sooner or later it becomes a non-issue. Just like interracial marriage was 20 years ago. And eventually it becomes a non-issue but you have to legislate it first in cases like this where these deep felt feelings just prevail common sense in many cases.”

Teach Your Children Well will premiere at Sunset Gower Studios in Los Angeles on October 16. Admission is by invitation only. The documentary will also be screened at the Indianapolis LGBT Film Festival from November 11 to 13.

For more information about Teach Your Children Well, visit the films official website.