Javier Colon Describes How Different Christmas Will Be This Year 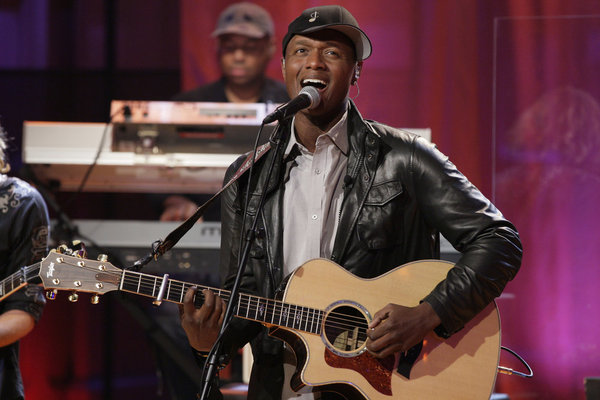 When times are tough it’s hard to imagine that anything is possible. But as the 2011 holiday season kicks into high gear, one performer is able to share his personal story to add a little glimmer of hope for those struggling this year. Just 12 months ago, Javier Colon was working hard just to make ends meet for himself, his wife and their two daughters — Amaia, two, and Solana, four.


But since he took home the top prize on The Voice in June, his life has been transformed. Now Colon is among a star-studded list of performers that includes Justin Bieber and Tony Bennett. Together they’ll light up the season, and the big old tree, during the Christmas in Rockefeller Center special on Wednesday, November 30. In a recent conference call interview, Javier talked about what a difference a year makes.


The 33-year-old singer song-writer revealed, “It's amazing what can change in a short five, six months and how we were feeling last year at this time things were just tight. We were we were getting by but barely. We weren't going crazy on any Christmas gifts or anything like that. Our kids have always had everything that they needed. But you always want to be able to give your kids the world. And that's not something we were able to do in our financial state before The Voice.”

He continued, “It's just amazing what a little time and a little luck and a TV show can do to turn things around. And not only turn my career around but turn around the outlook of my family. The course, the path that we were on and just I'm so grateful to The Voice for changing not only my life but all of our lives in my family.”

Clearly Javier’s wife and daughters are the most important thing to him. They’ve also become the cherished element of his holiday celebrations. He explained how having children changed him. “I consider life not really beginning in a way before having kids. I feel like after we had our kids my eyes were completely open to what life is really all about.”


As a result his view of the ideal holiday has also evolved. Javier divulged, “One of the memories I love the most is just a couple Christmases ago having our two daughters for the first time on Christmas and just spending that morning together. Not going to my in-laws house, not going to my parent's house. Just starting our own family tradition of being home and opening presents under our own Christmas tree was a new thing for us and I love it. I love that we started our own tradition and that it's just a magical time of year to spend with family.”


One other holiday habit that Javier loves shouldn’t surprise anyone. He confessed, “Christmas songs, for me, they're probably the songs I've been singing for the longest. So a lot of these songs bring childhood memories. I think of all of the great songs from ‘Chestnuts Roasting on an Open Fire’ to ‘Have Yourself a Merry Little Christmas.’ These are songs I grew up singing and regardless of how much I love my own music on my own album… there's just a connection that you have with Christmas songs. It just makes you feel like a little kid inside just singing them.”


Christmas in Rockefeller Center airs on Wednesday, November 30 at 8 p.m. EST/7 p.m. Central on NBC.
Posted by Pop Culture Passionistas at 2:00 AM