Blessed with so many Christmas Carol Choices 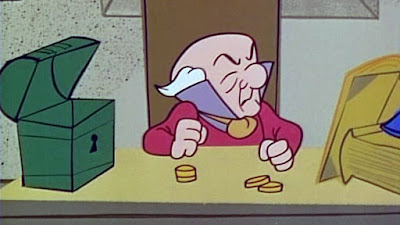 Not that we’re complaining but it seems like Scrooged is playing around the clock as the countdown to Christmas continues. And as much as we love the Bill Murray classic, we have to admit that we like to explore all the versions of Charles Dickens’ A Christmas Carol over the years in an attempt to keep things fresh. So we’ve made a list of five other adaptations of the holiday classic that we think deserve a look.


You’ve got to give it up for Rich Little. Long before Jim Carrey digitally recreated multiple characters in the creepily animated 2006 adaptation, pop culture’s greatest impressionist did it far better (and without the help of CGI) in his beautifully cheesy HBO special. Of course to maximize his mastery of mimicry, Little’s Dickens characters had an added twist – he imitated famous stars portraying the various roles. So Little actually starred as W.C. Fields playing Ebenezer Scrooge and Paul Lynde as Bob Cratchet. God bless him, every one.


This musical great gets a bit of airtime every year around the holidays, but far from enough in our opinion. Not surprisingly, it has the best tunes of any retelling of Dickens’ classic tale. After all, composer Leslie Bricusse, is also known for the classic songs “What Kind of Fool Am I?” and “The Candy Man.” But it’s Finney’s dazzling performance as Scrooge that makes this one of our all time favorites. So to all involved in creating the ‘70s classic we say, “Thank you, very much.”


How come every year, we manage to overlook the classic retelling of A Christmas Carol starring one of Hollywood’s most beloved Grumpy Old Men? In The Stingiest Man in Town, the title role is voiced by none other than Walter Matthau, with an assist from Happy Days’ Tom Bosley in the new role or narrator/insect, B.A.H. Humbug (get it?). The animated show might not go down in history with the likes of producing team Rankin-Bass’ other stop-motion greats like Rudolph, the Red Nosed Reindeer and The Little Drummer Boy, but if you’re looking for a little remembered version of the tale, this is worth watching.


The Muppets are back on the tip of everyone’s tongues thanks to their recent block bluster flick. But when the Henson’s made A Muppet Christmas Carol in 1992, they cast a human (Michael Caine) in the lead part. Luckily their Sesame Street counterparts got it right. They remade the tale in 2006 for a DVD special and brilliantly utilizing their hood’s crabbiest resident, Oscar the Grouch, in the Scrooge-like role.


We’ve said it before and we’ll say it again and again until the Ghost of Christmas Yet to Come grabs us by our lapels and drags us struggling into the netherworld. There will never be a better version of A Christmas Carol than the animated special starring Jim Backus as Mr. Magoo. The play within a play asks you suspend your disbelief on so many levels. But at the end of the day it will leave you thank the lord for your bright blessings – even if you are still left craving razzleberry dressing.