Our Favorite Pop Culture Moments from 2011 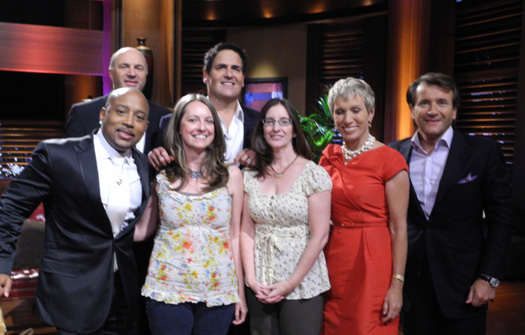 Here's our second annual wrap-up of the people, places and shows that made-up the highlights of our year. From celebrity chefs to TV legends it was twelve months full of dreams coming true and unexpected surprises.

10. The PCP Tour of the Great TV Chefs
For us 2011 was the year of the TV chefs. In honesty it started in December of 2010 when we had the opportunity to talk to Guy Fieri. Although the purpose of the call was to discuss his hosting duties on Minute to Win It, we couldn't talk to Guy without mentioning food. This call opened the floodgates for our tour of celebrity chefs. Last spring we spoke with Bobby Flay, Curtis Stone, Marcel Vigneron and Jamie Oliver. Later in the year we chatted with Rocco DiSpirito, Emeril Lagasse and Tom Colicchio. More recently we had one-on-ones with Lucinda Scala Quinn and newcomer Kristina Kuzmic. All of the yummy interviews culminated with a call to the master, Anthony Bordain, before he launched his new show The Layover. A tasty year indeed.

9. Our Lunch with Lisa Ling
We were invited to a press junket at the OWN studios to have lunch with Lisa Ling. After attending many of these kinds of events, we assumed we would dine with a room full of other journalists and then have a brief Q&A with the star of the hour. Little did we know that we would be escorted to the OWN lunchroom (where, we're guessing, Oprah brown bags it) with a handful of other writers. The open seat next to us was soon occupied by none other than Lisa herself. She chatted with us about current events and her new show, Our America, before taking us into the conference room for a sneak peak of the upcoming season. She was charming, down to earth and brilliant. Just one of the girls.

8. Sharing a Whisper with Atticus Shaffer
We're not the most warm and fuzzy folks when it comes to kids, but we were beside ourselves when we found out we were going to get to interview Atticus Shaffer from The Middle (insert head tilt and whispered The Middle here). We thought no one could be more excited about the call until we spoke with the young star, who seemed overjoyed to share behind-the-scenes info on the show like how he landed the role of Brick. Needless to say it was his very unique delivery of that famous whisper that led him to primetime. But the most enjoyable part of our chat was discussing Atticus' love of all things Lego. He even recreates historic battles through stop-motion animations of the colorful plastic pieces.

7. A Few Choice TV Moments
All in all, we have to admit, it was not the best year for television. In our humble opinion not too much of the new fare grabbed our attention or rose above the onslaught of small screen offerings. But two shows jump out to us as moments that blew our TV minds. First, this spring, the master of reality Mark Burnett brought us a new twist to the old tried and true singing competition show. From the second Cee Lo Green and Adam Levine pushed their buttons and turned their giant red chairs around to see what surprise awaited them, we were hooked on the The Voice. And then just when we thought TV couldn't shake us up again, we tuned into something out of our comfort zone — blood and gore. American Horror Story is one of those shows that comes along once in a very rare while and makes you sad when the hour is over and eager to see what is going to happen next.

6. Our Date with a Kennedy
We are not overly political people and for this blog, in particular, we feel that pop culture and politics should not co-mingle. But as Boston girls, we could not pass up a chance to sit down for a chat with Robert Kennedy, Jr. This summer a documentary called The Last Mountain was released, telling the story of an Appalachian region being destroyed by the practices of the big coal companies. Bobby is one of the biggest advocates for the residents of the area, played a large role in the film and toured the country with filmmaker Bill Haney to spread the word. We learned more about history and politics in those 45 minutes then we did in our 32 years of schooling combined.


5. Talking to the King
It is no secret to our readers that we love reality TV and that, to us, no one does it better than the king, Mark Burnett. So obviously a chance to chat with the brightest in the genre was pretty exciting — two chances was beyond belief. First we spoke with Mark at a big press event this spring just after the first audience had seen a preview of The Voice. We pulled him aside as he left the stage and asked him how he does it. He modestly replied, "I've been lucky." Then a few weeks later we had an exclusive interview with him about Expedition Impossible when he remarked that his contribution to the genre has just been proving that it can be entertaining. Seems like he's not only the king of reality, he's also the king of the understatement.

4. Hey You Guys! It's Rita Moreno
As huge fans of both West Side Story and The Electric Company we never would have dreamed we'd someday have a one-on-one chat with the legendary Miss Rita Moreno. After all she's one of only ten people in history to EGOT, winning the Emmy (twice), Grammy, Oscar and Tony. And at the tender age of 79 she's still working in Fran Dresher's series Happily Divorced and in her own one-woman show Rita Moreno: Life Without Makeup. On our call she dubbed herself the Latina Betty White. But, sorry Betty, we've never seen Sue Ann Nivens hoof it like Rita. As she said herself, "Have tap shoes will travel.”

3. Swimming with the Sharks
Shark Tank is high up on our list of favorite reality shows. We love the concept — every day people who are hoping to achieve the American dream, pitching to gazillionaires who already have. The chemistry between the sharks is always entertaining and the ideas — good or bad — make for great TV. So when we were asked to go on a set visit, we were the first to sign up. We watched them tape several segments, the contents of which we can not divulge until closer to the premiere in January (stay tuned). But we had a chance to walk the long aquarium-lined hallway and sit in the shark's chairs. We met Barbara Corcoran, Daymond John, Kevin O'Leary, Robert Herjavec and Mark Cuban and were treated to 15 minutes of that great shark chemistry.

2. We'd Like to Thank the Academy
The majority of our coolest brushes with celebrity come because of our good friends at The Academy of Television Arts & Sciences Foundation's Archive of American Television. 2011 marked the year that we moved from simply editing the best TV interviews ever recorded to actually conducting them. It was our great thrill to sit face to face with several definite TV legends like Danny DeVito, Melissa Gilbert and Jamie Farr. And as if that weren't enough, at their red carpet events we chatted with some of our favorite TV icons of all time Carl Reiner, Dick Van Dyke and Betty White just to name a few (really).

1. And the Emmy Goes To...
We were thrilled to be invited back again to interview the stars on the red carpet at the Emmy Awards on behalf of the Archive of American Television. This year we were placed right next to the Extra platform, so we got a chance to see every celeb who stopped by to chat with Billy Bush. And as an added bonus we nabbed a few of them as they walked away. On the top of our list of fave interviews this year were Ian Somerhalder from Vampire Diaries, Dot Marie Jones from Glee, Paula Abdul from The X Factor, Nigel Lythgoe from So You Think You Can Dance, Rico Rodriguez from Modern Family and Padma Lakshmi from Top Chef. Backstage we heard from some of the winners including Mike and Molly's Melissa McCarthy, Big Bang Theory's Jim Parsons, Game of Thrones' Peter Dinklage and Justified's Margo Martindale. A handshake with Mr. Martin Scorsese completed the evening.

For related stories check out:
The Pop Culture Passionistas Hit the Emmys
Rita Moreno: A True Hollywood Legend
Go Out and See Our America with Lisa Ling