Ben Shur from The Biggest Loser on the Season 13 Twists 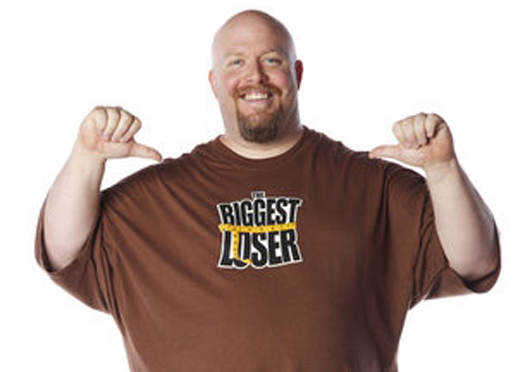 We don’t think any Biggest Loser fans were disappointed by the season 13 premiere last week. It had all the requisite twists and turns keeping viewers interested and contestants on their toes. Before the players even entered the compound, one couple was sent home and the remaining teams found out following the challenge that they were being split up. And after a surprising weigh-in, Bob Harper's group was faced with choosing the first contestant to be eliminated. Ultimately Ben Shuh volunteered to leave. We spoke with Ben about the surprises this season and who he thinks will take the top prize.

The theme for this season is "No Excuses," meaning contestants will need to evaluate past habits and the reasons they had for gaining the weight in the first place. We asked Ben what his excuses had been and he replied, "I would say my biggest excuses were always time."

Ben went through a divorce in 2002, leaving him a single dad of four kids. He stated, "[I] worked 50-60 hours a week every week and so it always seemed to me [I] couldn’t afford a babysitter. [I] didn’t have the time to go get one and go work out. When you're a single dad and raising four kids, you're last on the list."

Ben did find a new partner a few years ago, but he confessed, "Unfortunately getting married didn’t really help that either. We added four more to our family and then we then had one together and one more on the way. So time definitely didn’t get any better. And then you wanted to spend time with your new wife and family, and there’s always a kid’s sporting event or always something else that you were required to do or wanted to do, to be there for your family. So it just seemed like my health or my fitness or working out, that sort of stuff, was always the last on my list. And then the bigger I got, the harder it seemed like that would be to start and to go back to."

The Biggest Loser producers also felt that perhaps they were giving players one more excuse by pairing them on the ranch with the very people who been enabling them at home. And so the partners were split up immediately after arriving. Ben would choose to work with Bob Harper while his brother Allen would train with Dolvett Quince.


Ben said he was shaken by the news of the split, as were all of the players. After all, when one person or team does well, that can spell bad news for their former partners. Ben explained, "I don’t mind competing against him in a pick-up game of basketball or things like that. But when the stakes are your life and your health, it made it really tough to try and say, 'Okay, I really want to do as good as I can.' But at the same time if I do, that could potentially send my brother home. And obviously, I love my Black Team members and all that, but I went there with my brother and I obviously want to see him succeed to do everything that he needs to do to become healthy. So it was defiantly a tough twist for me to swallow."

But Ben did understand the point of the split. He stated, "Here you are with a family member that obviously hasn’t helped you to do healthy choices and make the right decisions. They haven’t pushed you in the right direction. They’ve enabled you, if you will, to be unhealthy. And so I understood from that aspect that they were trying to say, 'This should be about you. We know you're coming on as a couple, but it should be about you.'"

Ben also saw another benefit to splitting up the teams on the ranch. "[Allen] got to have a different trainer than I did, and Bob and Dolvett are both great, but both of them do things differently. And so my hope is that things that he learned he can share with me and things that I learned I can share with him. And for the rest of our lives, we’ll both be blessed because we were able to do that."

As for who he thinks will take the top prize this season, he had only one answer, naturally. He declared, "I definitely have to go with my brother. Even though I was Black Team and he was Red Team, I’m Team Brown all the way. My brother was the biggest there. He also was a former athlete and very talented at that, so I think once his body starts to remember what it was like to do these types of physical activities, I really see him as a big threat. And I really hope he does go all the way."

For related stories check out:
Sunny Sinclair Talks About Her Biggest Loser Makeover
The Biggest Loser's Johnny Forger discusses his time on the ranch