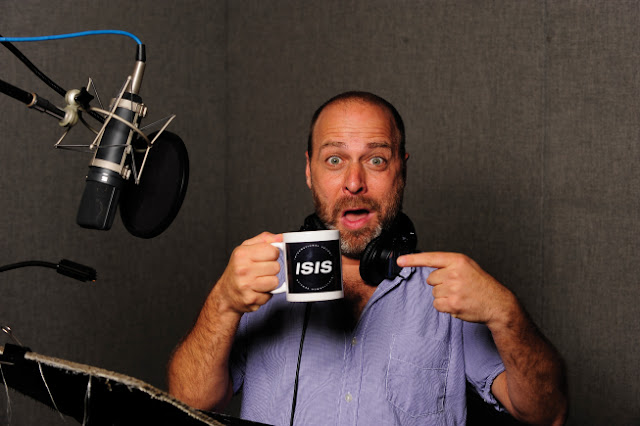 
Agent Sterling Archer is the edgiest secret agent on television and he’s voiced by super-funny actor H. Jon Benjamin. In a recent conference call interview, the animated star talked about getting cast in his iconic role and whether or not he gets those obscure references made on the series.


Jon recalled how he landed the title role on Archer, “Adam Reed, the creator of Archer, God rest his soul [said jokingly], he called me. I think he had heard me do some other work on Adult Swim shows. And he called me to read the part.  I don’t know if other people had been asked.  I don’t know if I was first choice or like literally last resort — probably last resort, right?  Right? So, yes. And then I accepted and then it worked out well.  But I was tentative because I didn’t think I could pull off a spy.  If you knew me, you’d know all the reasons why.”

Not only was Jon uncertain about his ability to step into the espionage world, but he lacked another skill that might seem necessary to Archer fans. It turns out that Benjamin doesn’t get a lot of the pop culture references that are often woven throughout the episodes. He admitted, “I occasionally [Google things]… There’s like a 50/50 ratio of me knowing and me not… Fortunately, I’ve read some Melville, so that’s good… But there is some stuff like the guy who invented or who started eugenics — I didn’t know that was him.”


Luckily he knew who Burt Reynolds was. Not only is the ‘70s star frequently mentioned on the show, but he’s due to make an appearance in the upcoming season. Jon joked, “That’s great.  I can’t believe he’s still doing stuff.  He should take a break.  It’s been like 60 years.  Like just stop.”


He added, “It was the natural, well not the natural progression. But Archer’s obviously referenced Burt Reynolds a lot, so I’m sure it popped into Adam Reed’s head to just to try and cast him.  It’s funny that I shouldn’t be calling these people and you must think like they’ll never do it and then they’re probably like, ‘Of course, I’ll do it.’”


The Reynolds’ guest spot is just another sign to expect the unexpected on Archer. And Jon remarked that the upcoming season will not disappoint diehard fans. “It does get crazier — not crazier, but there are definitely moments of pure craziness, as there always is in the show.  But [Archer] returns back to his regular life, so he doesn’t go off the rails completely.”


He continued, “The show gets back to what it did in the second season, which is focus on all the characters who work for the spy agency and stuff like that.  So he doesn’t have any more crazy flights… but they go to space.  They get to go to space, but I think that was part of the mission, so it’s not like he was just like, ‘I’m going to go to space and take off.’”

For other Community stories check out:
An Interview with Jim Rash from Community
Danny Pudi on Pop Culture, Chevy Chase, and Vacuuming