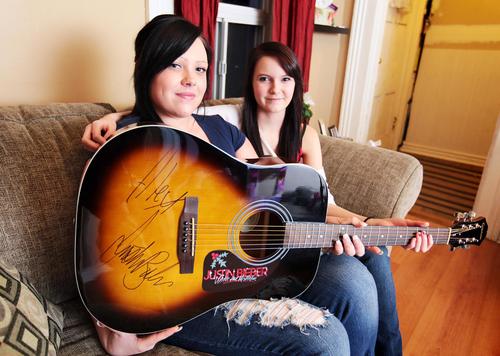 A pop singer's fans give back, a jewelry designer pays its forward and two celebrities find healing by swapping wives. Here are this week's most inspirational moments in pop culture.

Justin Beiber Makes 'Beliebers' Out of His Fans

Pop star Justin Bieber has become known almost as much for his charitable giving as he has for his performing. In fact, the Huffington Post named him the top celebrity activist of 2011. Now it seems as though his philanthropic nature has rubbed off on his fans as well.

At a recent JBiebs concert in Toronto, Canada, a young girl named Alexx Mowbray was invited up on stage and given a gift from the singer — an autographed acoustic guitar. The 14-year-old recipient and her sister, Kelsee Casagrande, immediately decided they would auction off the gift and donate the proceeds to Bieber's charity Believe. They also will contribute some of the earnings to a local food bank in Stratford, Canada.

The young JB fan told The Beacon Herald, "We never even thought of selling it and keeping the money. If it can save lives, that's more important than money. And I'll always have my memories."


For related stories check out:
Justin Bieber Gives Back
The Sing-Off Acts Give Back to Charities