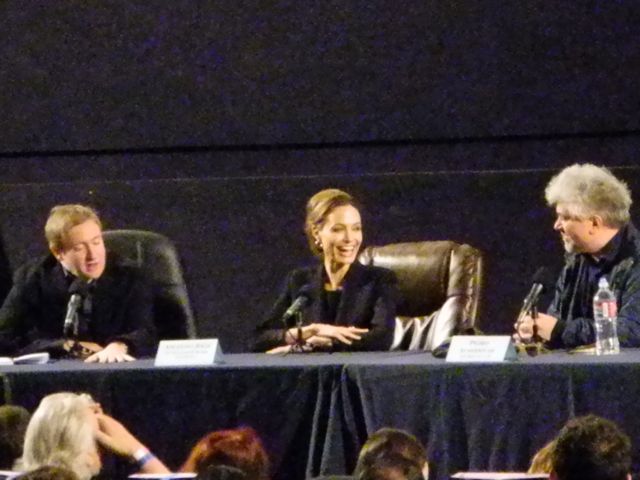 An actress-turned-director shines a spotlight on Bosnia, a voice over actor lends his talents to WordGirl and a modeling agent wants to revolutionize the industry. Here are this week's most inspirational moments in pop culture.

Angelina Jolie has become almost as famous for her charitable deeds as for her glamorous film career. So when she had a chance to make her directorial debut, In the Land of Blood and Honey, it wasn’t surprising that she decided to tackle a hard-hitting subject – The Bosnian War. At a recent event, Jolie spoke about why she picked the prickly topic.

Jolie explained, “I made this film about this region at this time. But the cast themselves will tell you that we all made this film because the themes are universal and the issues of sexual violence against women and lack of intervention and just people being affected by war and how it’s transforming them is happening today in many countries.”

Despite the all-encompassing themes, Jolie revealed why she chose this specific conflict. She remarked, “I chose Bosnia in particular because, I remember, I was 17 when it started. I remember hardly hearing about it. When America finally came in, I remember hearing some headlines and I had a few friends in New York, but I knew nothing really. And I felt particularly that it was the most violent conflict in Europe after World War II. That it was 40 minutes away from Italy. That it went on for 40 years and nobody intervened. I was ashamed at how little I knew.”

The Golden Globe-nominated director in the Foreign Film category continued, “I felt a great responsibility to educate myself and felt that this was one in particular that we had to get back into dialogue. And also one that [United Nations High Commissioner for Refugees] is still working in and around the region in many different areas because there are still so many displaced people and there’s still much work to be done.”

Jolie also confessed that she feels a special connection to the area. “It is a particularly special part of the world for me… We all have those places around the world that we love. People know that Cambodia and Ethiopia and Vietnam are for me. But I went to this part of the world and I met people from this part of the world and as an artist I was also extremely inspired by them. These people when they were under siege, they started a film festival — under siege… They understand art and what it is to be an artist and how art helps you to survive and communicate in a way that very few people do.”

Jolie concluded by saying, “As you speak about your youth and your experiences, the oppression and then what it leads you to, and these people it’s such a recent history understand this. And so it is a different breed of artist as well that comes with such a resilience and a passion and openness and survivors.”