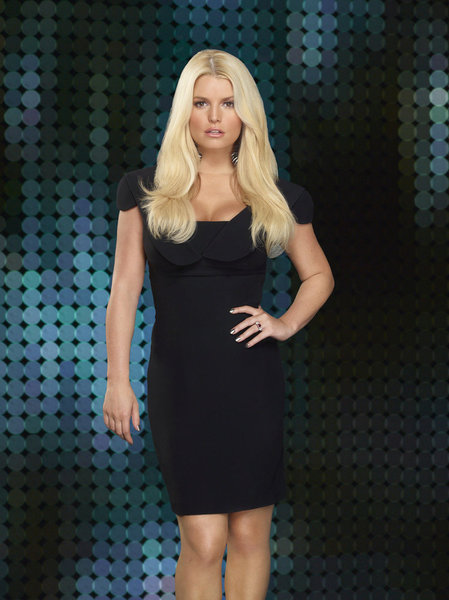 Jessica Simpson has come a long way from Newlyweds “buffalo wings” days. The mother to be has turned a pop career and reality TV show into a brand that includes a clothing line. So she was an obvious choice for Fashion Star Executive Producer Ben Silverman when he was looking for mentors for his new design show. In a recent conference call interview, Jessica talked about the new series.

Jessica explained why she chose to participate, “I was on [the producers] radar because of being involved with fashion and developing the Jessica Simpson Collection from the ground up. And now it’s got amazing legs to run on and I’ve had such a great time just diving in and seeing what I can do and what I can make of it.”

The 31-year-old star feels like she’s found a good home for her interests. She acknowledged, “Me teaming up with this show was a perfect fit. I couldn’t turn it down because I felt like it was great for my collection, but it was also important for me to talk to these up and coming designers and mentor them and kind of show them the ropes and really try and lead them in the right direction.”

Unlike Project Runway, this new fashion show won’t put hopefuls through silly tasks like creating clothes from a dollar store. Instead contestants will focus on sellable creations that will be available to consumers the day after each episode airs. Jessica elaborated, “Most of the challenges are pretty simple. And simplicity is one of the hardest things to do as a designer, but the simple pieces are always the pieces that sell the most and they’re your everyday wear in your closet.”

At each runway show, buyers from Macy’s, H&M and Saks Fifth Avenue will go head-to-head in a bidding war for their favorite designs. As a mentor along with Nicole Richie and John Varvatos, Jessica hoped to help guide the talent to create items that could be sold in stores. “I really just wanted to be there and to hang out and talk with the designers and make sure that they did have a vision that that they listen to the buyers and what the buyers want. That’s really, really important to be able to give to Macy’s the colors that they’re wanting or the styles they’re selling best for them on their floors.”

Besides guiding the fashionistas, Jessica also found a new motivation from them. She confessed, “Just seeing their drive and their excitement it definitely reignites a fire within me and makes me want to go back to those beginning stages of excitement and fresh creativity. So I definitely was inspired by all of these designers to be even more involved in our collection.”

She picked up a few practical tips, too. Jessica noted, “I learned how to fabric shop and I’ve never really done that before. I can just find inspiration, but to actually go in and fabric shop. I got to do that with some of these designers and that inspired me as well.”

That’s a skill that the pregnant star will no doubt apply to her next venture. She revealed, “I definitely want to do a line of maternity clothes eventually. I’ve started to try and come up with some designs… It seems like everything that’s being made is what’s already out there and the point of launching a maternity line, for me, was to do something different. I’m not buying any maternity clothes. I’m wearing all clothes that just in bigger sizes, so I really want to make a maternity line that’s comfortable, but really stylish for people because I believe that we all deserve to feel good and look good.”

But considering that Fashion Star was filmed before Jessica had her bump, she has a more immediate goal in site. “It will be amazing to see myself with a waistline. I’ll be like a big blob sitting on the couch watching myself thin.”