The Biggest Loser's Daphne Dortch Feels Like Dorothy from Oz 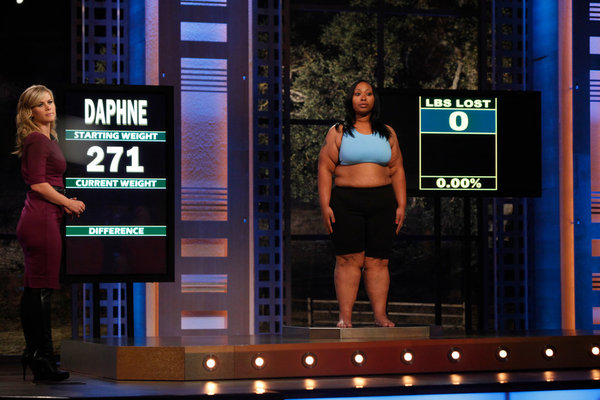 Daphne Dortch and her brother Adrian were doomed from day one on the ranch on The Biggest Loser. They lost the very first challenge and were sent home without even unpacking their bags. When they were allowed to return to the game a month later, the other players did not exactly welcome them with open arms. They were both voted out at the first possible opportunity. But despite the difficulties placed in her path, Daphne had plenty of positive things to say about her Biggest Loser experience in a recent conference call interview.

She did admit to being thrown by all of the drama saying, "Never in a million years did I envision my experience would be what it was. I had watched previous seasons but it seemed like every time I turned on the TV I was watching people just being weighed in. I had no clue about the game that everyone was playing."

Before signing up for the show, Daphne's health problems were so serious she moved in with her mother. She had been diagnosed with atrial fibrillation and sleep apnea and was afraid to sleep without someone nearby to care for her in case her heart failed. She did not join The Biggest Loser to win the prize. She went on the show to gain her independence. "I didn’t care about the money. I didn’t care about the game. I just felt like every day was like I was taking a chance and I felt like I was dying. And I just want to save my life so I could be around for my kids… I just wanted to get healthy so I could stop living with this deep worry of, 'Is today going to be my last day?'"

She continued, "For god’s sake, I’m 37 years old, I was at home living with my parents. Not because I didn’t have money, not because I couldn’t live on my own. But I feared. I was living in fear every day. I thought every day that I was going to die."


And so in spite of all the drama and only being on the ranch for a few short weeks, she credits the show with saving her life. "Losing this weight, I’ve already won The Biggest Loser because I’m in my own place now. I don’t need to have someone here in order for me to go to sleep. I can sleep easier now at night knowing that I’m not going to wake up in afib. So this is the best prize in the world to me."


She also gained something else from the journey. She and her brother Adrian did not have a strong connection before appearing on the show. Now she says that has all changed. "Me and my brother we're so close now. We talk every day. We share very deep personal issues with each other… We were in this house together and no one really took to us and all we had was each other. So it definitely made us stronger. That’s all we had was each other. So our relationship has grown so much from this experience."

Daphne also shared her biggest lesson from being on the show, "The most important thing that I’ve learned is that you don’t need to go to The Biggest Loser to lose weight. When I was sent home, I said to myself, 'Wow, they really think I’m going to lose weight? I’ve been overweight my whole life. What makes them think that I’m going to lose weight now?'… But I went home. I was determined. With the help of my family and my brother, we pushed each other. I was able to do it. And when I came back and I weighed in and I’ve lost 26 pounds, I felt like Dorothy. I felt like Dorothy. I felt like it was in me all along. I just had to do it. So it was amazing feeling."