Betty White and Her Senior Pals Are Off Their Rockers 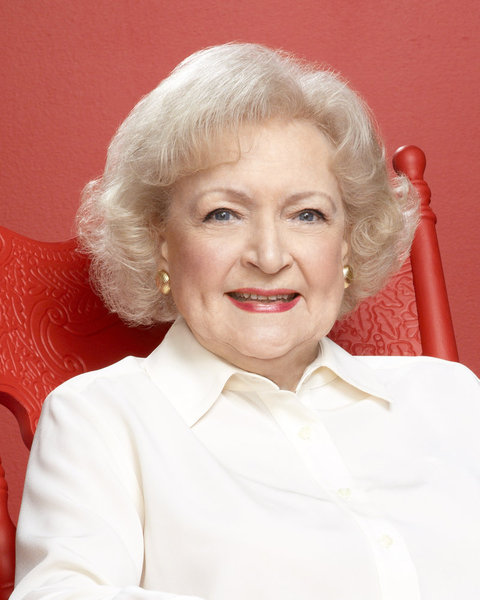 Betty White’s new series, Betty White's Off Their Rockers, has come under fire from some journalists. Take for example, Mark Middleton from The Huffington Post, who declared that the show “it only serves to perpetuate nearly every negative stereotype of age.” In a recent conference call interview everyone’s favorite Nonagenarian addressed the claims.

If Betty isn’t the poster girl for living your fullest life, who is? And she clearly has no plans to slow down any time soon. And to top it all off, the seven-time Emmy-winner remains humble. When we told her it was an honor to speak with her she jokingly said, “Have I got you fooled.”

If that’s the case, Betty’s been fooling us for decades. From her brilliant portrayal of Sue Ann Nivens on “Mary Tyler Moore” to her turn as Rose Nylund on “The Golden Girls” and the ever-sassy Elka Ostrovsky on “Hot in Cleveland,” Betty’s never let us down.

Now comes Betty White's Off Their Rockers. Betty serves as host and Executive Producer, and fans need not fear, she does funny little sketches on each episode.

One thing they won’t see is Betty participating in the pranks. When asked if she wishes her face wasn’t so recognizable so she could get out on the streets and punk a few unsuspecting youngsters herself, she quickly replied, “In a word, no. I’m delighted that they do them and do them so well. But I’m not good at that.” There’s that humility again.

As for what she’s discovered throughout the course of her career, Betty conceded, “I don’t think I knew much at that point. And I don’t know a heck of a lot now. But we learn through the years that you appreciate the good stuff when it happens. You don’t look back on it and think, “Oh, that was so great then and I didn’t appreciate it.”

She attributed having this great attitude to her parents, “I was blessed with a mother and father who said, ‘Taste the good stuff now and realize how fortunate and how wonderful things are this minute, because enough minutes are not wonderful that you have to save up all the good ones to make it balance out.’”

Watch Betty White on Betty White's Off Their Rockers when it premieres on Wednesday, April 4 at 8 p.m. EST/7 p.m. Central on NBC.

An Evening with Carl Reiner (and Dick van Dyke)