Conor McCullagh Talks About Face Off and The Hunger Games 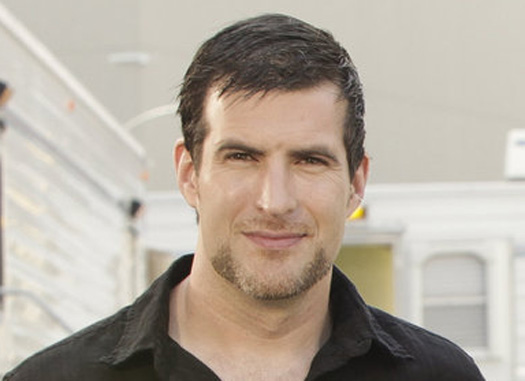 The season two finale of Face Off airs tonight on Syfy and we'll find out who takes the title and the $100,000 cash prize — Ian Cromer, RJ Haddy or Rayce Bird. Someone who knows a bit about how they are feeling going into the last challenge is last season's winner Conor McCullagh.

Before his victory, the make-up artist already had a thriving career working on shows like The Vampire Diaries and movies like Scary Movie 2 and Shallow Hal. And next week his work will be seen in one of the most highly anticipated movies this year, The Hunger Games. In a recent conference call interview, Conor talked about working on that film, winning Face Off and early movies that made him decide to become a make-up artist.

On Winning the First Season of Face Off
"Winning was fantastic. The competition itself, it was stressful. Being in competition mode for a month straight was not easy. And getting the victory was fantastic. I couldn’t have been happier. In fact it was one of the greatest moments of my life."

On Working on The Hunger Games
"The Hunger Games was not a prosthetic heavy film. Most of it was beauty makeup and they’re in the woods most of the time — just a lot of dirt and grime and so on. But the shoot was not easy. We were shooting in the mountains of North Carolina in the summertime and it was just hot and humid the entire shoot. And when we got back down to Charlotte for the last month it was even hotter. So it was a difficult shoot in that respect. We were tired and hot the entire time."

On Reading The Hunger Games Trilogy Before Working on the Movie
"I did not read the trilogy. In fact I read the script first and after reading the script [makeup department head] Ve Neill told me that there were some differences between the script and the book that had her a little confused at times. Because when we’re going through makeup designs sometimes she couldn’t remember if it was something she read in the book or something she read in the script. So I avoided the book intentionally."

On the Biggest Make-Up Challenge in The Hunger Games
"There were a couple of things I had to do in The Hunger Games which were completely new to me. It’s in the book where the character Peeta is wounded and he ends up blending himself to his surroundings to hide from his opponents. I was placed in charge of that, where we literally took Josh Hutcherson and blended him into these rocks without any actual prosthetics, because he had to be pulled out. And he had to look like he did everything with organic materials. So I actually blended him into the rocks with a combination of a water-based clay and airbrush makeup.


On Working on Oz: The Great and Powerful
"I [worked] on Oz: the Great and Powerful for three months last year. It was incredible. Right as I was finishing off The Hunger Games I contacted Howard Berger who is the Department Head of Prosthetics for the show and Howard Berger has an extended history in the business. He has an Oscar for Narnia. And he booked me right away. And I really don’t think I fully took hold of what was going on until the first day when I got out and actually saw the sets through the monitor and saw Emerald City and Munchkinland. And at that point I was like, 'Oh my god, we’re making history here. This is incredible.'"

On Working on The Vampire Diaries
"On The Vampire Diaries I was in charge, essentially, of the vampire look — the fangs, the bite wounds and sometimes the airbrush make-ups on the vampires. Unfortunately later on in the show they switched over to digital vamping because it was a time saver and a money saver on set. So ultimately my responsibilities were mostly the bite wounds and the fangs and then occasionally there were some prosthetics. Otherwise I was backing up the beauty department and the straight makeup department in just making sure everyone looked good."

On the Most Challenging Make-Up Design He's Done
"Some of the biggest challenges I’ve had have been more along the lines of makeup on set, where there’s some kind of rigging or performing or articulation involved. That’s something that can easily go wrong or break down or if not operated correctly or stumbled upon can be destroyed in an instant once you’re on set. The effect heavy films like Freddy vs. Jason and a movie I did called Bones, which was very Freddy Kruger-esque, but with Snoop Dogg as the lead character. There was a lot of stuff in those films where there was just so much that was unpredictable and so much that we had to MacGyver out on set and figure out solutions to problems that just weren’t foreseeable when we were in the shop building everything."

On Films from His Childhood that Influenced His Career Choice
"I grew up in the ’80s, which for special effects makeup artists was really the Golden Age of filmmaking. So it started with Close Encounters… I was six years old when I saw Close Encounters… Close Encounters, Star Wars and then later on Poltergeist, The Thing, these were all very influential films to me. The first Star Wars movies — well the first one… It’s dated. But it was the big picture back then. I was a child. I didn’t know good makeup from bad makeup. Later on in the series, like in the third installment, I really liked that lobster guy and there was Jabba the Hutt and so on and then any one of his Cantina characters. And actually going back, of course, the Cantina scene in the first Star Wars even though there wasn’t one particular makeup that really stood out, just seeing that bar room full of aliens from different planets, none of us had ever seen that before. And as a kid that was just the most amazing thing I’d ever seen in my life."

For related stories check out:
An Interview with Haven's Emily Rose and Syfy's Mark Stern