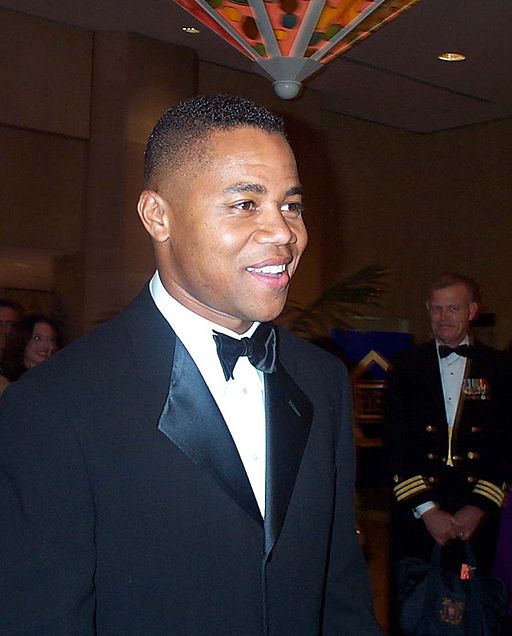 Last night Cuba Gooding, Jr. starred in the TV movie Firelight with a group of up-and-coming young actresses including DeWanda Wise and Q’orianka Kilcher and Emily Tremaine. He played a women’s counselor who helped a young group of inmates realize their full potential by organizing a work release program in which they assisted in fighting fires and offered aide after natural disasters.

Cuba admitted that it was his first time being the elder statesman on set. And it caused him to reflect on some of the big name stars who have fostered his talent in the past.

In a recent exclusive interview he recalled one of his earliest experiences at the age of 13. “I remember sitting and talking Laurence Fishburne’s ear off every day on the set of Boys in the Hood.”

He also recounted his experience on the set of the movie Outbreak, saying, “I remember Dustin Hoffman sat down with two impressionable actors, Kevin Spacey and I, and would just talk us through the scenes on. And Morgan Freeman did the same thing on that set.”

And he also reflected on some folkloric Hollywood tales from a recent birthday boy who he worked with on As Good As It Gets. Cuba remarked, “Even Jack Nicholson, hearing stories of how he used to run the film stock up and down on a bicycle because he worked on the Columbia Studios lot, when he was 17 and telling me those stories. It was something that I will always cherish and informed me throughout my career.”

Now he’s happy to be doing the same for a new crop of talented young stars. He confessed, “This film was an opportunity for me to pass the torch so to speak.”

Cuba added, “Not only to get to act with these actresses who are just blossoming in their careers but also to just sit and be a mentor to them and talk about my past experiences in Hollywood. It really was a treat, this film, for me.”

See the rest of our interview with Cuba Gooding, Jr. on our YouTube channel.