Writer/Producer Jane Espenson Talks About Once Upon a Time 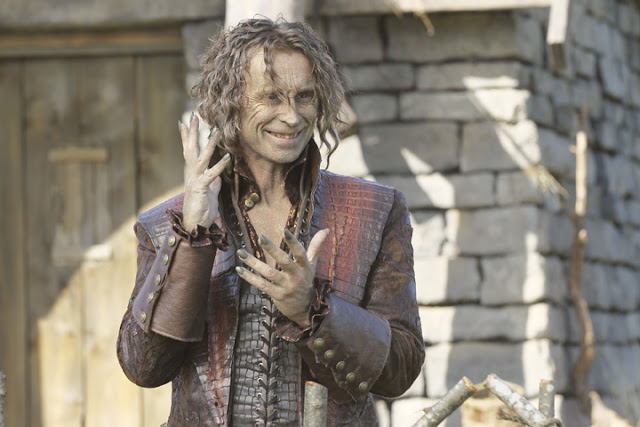 One of our favorite shows from the 2011-2012 TV season has been Once Upon a Time. The clever mix of modern day Storybrooke and fantasy fairytale lands has us guessing each week at where the plot twists will take us. These intricate stories can only be handled by great minds like Edward Kitsis and Adam Horowitz, whose last gig was writing and producing Lost.

We are happy to say that the plot is a little easier to follow than the island drama, but just as engaging. Jane Espenson, part of the writing team, has contributed five scripts to the first season and in an exclusive interview revealed that these guys know exactly where the plot is heading. The season one finale is completed and there are plenty of unanswered questions to make for an interesting season two.

Jane had some theories as to why fairytale shows and movies are so popular these days. "It's one of those zeitgeist things. Everyone had the same idea at the same time. And we’ve seen it happen before. Everything was vampires and everything was zombies."

She continued, "You exhaust one thing and then you look to see what the next thing is. And our culture only has so many different built in mythologies and this is a very powerful one that had gone undeveloped before now."

Still she also theorized that is has to do with nostalgia. "There's something about the childhood comfort of these stories that are just a good fit for our times… People like some delicious horror, but I don’t know that people want acres of angst right now. People like to hear there's hope and that's built into stories where the answer is true love."

We asked her, if she could choose one fairytale character to embody who she would pick. And she did not name Snow White or Sleeping Beauty or even Malificent the Evil Queen. Instead she choose a more modern hero. "It would definitely be one that Disney did a movie of because they're the funniest, happiest brightest ones. I think I'd be very good as Dory in Finding Nemo."


Jane also had some advice for aspiring writers. "Write what you want to see. Look at your viewing schedule and say 'What is my dream show that I could tune in and see every week that doesn’t exist?' That's what you should be writing."

She also recommended those trying to get into the field look into the ABC/Disney writers fellowship. She noted, "It's the program that gave me my start. It's an excellent program for aspiring writers who are generally already here in town working towards a dream. It will help them take that last step."

And lastly we asked Jane whats's she's most passionate about. Aside from her other projects, the web series Husbands and Game of Thrones, she answered, "I love good food and comedy and romance."

Watch her romantic stories on the screen when Once Upon a Time airs on Sundays at 8 p.m. EST/7 p.m. Central on ABC.


For related stories check out:
An Interview with the Executive Producers of Grimm
Roxana Brusso on Touch and Living Life to the Fullest