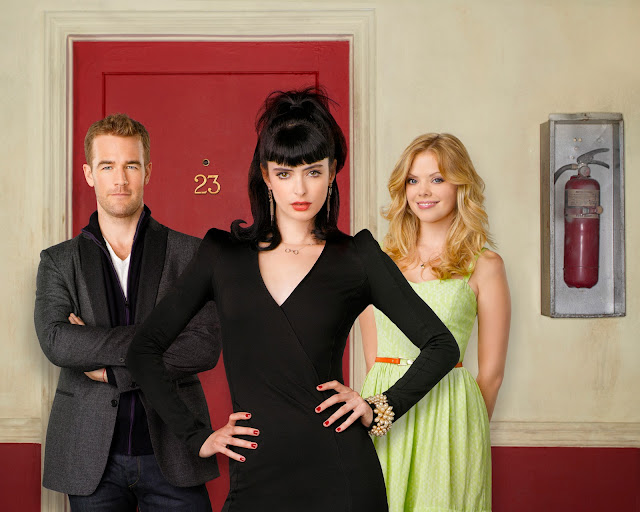 Don't Trust the B---- in Apartment 23 premieres tonight after much fan anticipation. Brought to us by the brilliant minds behind such shows as American Dad, How I Met Your Mother and Modern Family, the show promises to deliver the laughs and the edge viewers are yearning for. The series pairs June (played by Gossip Girls' Dreama Walker) and Chloe (portrayed by Breaking Bad's Krysten Ritter) as the female odd couple of this century. One is a sweet, naive, Midwesterner newly transplanted to NYC. The other is well, The B____ in Apartment 23.

In a recent exclsive interview we asked Dreama why fans will like the show. She replied, "It's very relevant. It's edgy. It's a lot of fun and refreshing, but it's not contrived at all."

She said that being in a show she is 100% behind makes press junkets simple. "It's so much easier to promote something like this when you're really passionate about it. Thank goodness. I really love it and I'm proud of it, so it's easy for me to sit here and say good things about it."

Her passion shines through in every word she utters as it will onscreen in Don't Trust the B---- in Apartment 23. Tune in to the premiere tonight at 9:30 p.m. EST/8:30 p.m. Central on ABC. And watch our entire interview with her on our YouTube channel.


For related stories check out:
Ed Asner Stars as Another Crusty Newsman on The Middle
Atticus Shaffer's Love of Stop-Motion Leads Him to the Big Screen