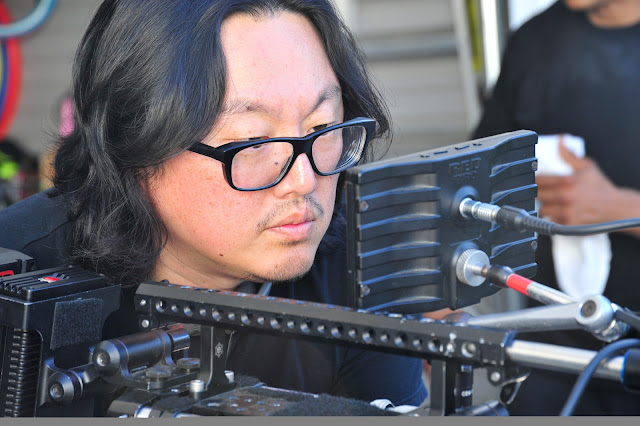 Even if you don’t like horror movies, you might not want to rule out a trip to the theater to see Detention. The new film, by Joseph Kahn the director of the motorcycle cult classic Torque, looks like a slasher flick on the surface but it’s actually a multi-genre adventure. And it’s chock full of so many pop culture references even we couldn’t keep up.

At a recent press event that we attended on behalf of ScreenCrave.com, director Joseph Kahn talked about the movie’s many nods to the ‘90s. “One of the big debates we had, the screenwriter and I, was over Oasis. Because he thought [lead character] Clapton Davis [played by Josh Hutcherson] as a music critic, would not like Oasis and it was too obvious. And I explained to him that an 18-year-old watching this film doesn't even know who Oasis is. That obvious '90s reference now becomes obscure and by him saying it, it makes him sound more like an interesting film critic to an 18-year-old. And he was like, 'No, I still don't agree with you.' So then I wrote in the line, 'They're a Beatles cover band.' And he was like, 'Okay, we're cool.'”


If any 30 year-old on the planet has his finger on the Internet generation’s pulse, it’s Joseph. While he dabbles in directing feature films, his day job is directing music videos for the likes of Lady Gaga and Eminem.

He talked about being in touch with youth culture, saying ‘I have a day job that's very odd. Most people by the time they're 25 glom on to one part of music and that's what they listen to for the rest of their lives. I'm turning 40 this year, yet I still have every record company sending me every new hot track to me to do music videos, so I'm chained by the foot to pop culture. So I still know what kids dress like. I know what they speak like. I hang out with them, unfortunately from some people's perspective. It's just the nature of my day job. I am a freak of nature that has to understand them.”

But when writing Detention with film critic Mark Palermo, Joseph turned to his own teen years for inspiration. He remarked about his multi-genre movie, “It's a mash-up. You have a little Donnie Darko. You have The Fly. You have Back to the Future. You have Scream. You have Freaky Friday. Breakfast Club. Raising Arizona. It's a fusion of almost everything in the way that I think that society today tends to take cultural memory. And because there's an Internet, it's on there forever.”

In fact Joseph believes that thanks to technology the younger generations looks at the concept of the past differently. “That's the way that I think that kids see the world today. For instance, retro ideas, they actually speak to each other using retro concepts now. Like for instance wearing a vintage t-shirt, you didn't really have vintage t-shirts 20 years ago unless they were really vintage. But today you have Hop Topic and Urban Outfitters and things like that. It's because the Internet culture has kept that memory alive constantly. So the film on a certain level retains a certain culture memory.”

He continued, “A lot of the '90s references are meaningless, but it doesn't matter. Do kids really understand what they're wearing when they wear a Led Zeppelin shirt? Some of these kids? No. But it looks cool and it seems to have some sort of cultural cache… I describe it as that, kids today, they're sold so much by corporations and media and commercials and advertising and music videos, that I do. A lot of times they almost retain that stuff and wear it, like that's the concept of a hipster is to own it and redefine it on their own level. It doesn't have to mean Coca-Cola when they wear Coca-Cola. It may mean I am hipper than Coca-Cola or I am controlling Coca-Cola. It's a way of retaining control and meaning in a world where everything is being told to you, to think in a certain way.”

Catch Detention and it’s myriad of ‘90s shout outs when it opens today. Check local listings for a theater near you.

Ed Asner Stars as Another Crusty Newsman on The Middle