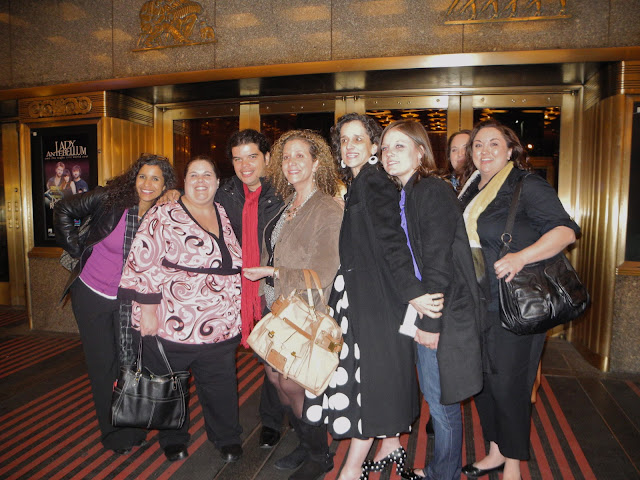 The past few weeks with Oprah's Lifeclass have been a whirlwind, indeed, and a life changing experience we will not soon forget. And although we met world renowned motivational speakers and Oprah herself, the best part to us with connecting with the fans. The energy they exuded was contagious and the positivity they projected was inspiring. They claimed to owe it all to Oprah, but something tells us, just like in the Wizard of Oz, it was there all along.

Brittney from Austin, Texas, who was our giveaway ticket winner, told us, "I've been watching Oprah since I was five years old and she's been my greatest teacher. She inspired me to dream and believe. She's taught me more than anyone else in this world and I love her."

Lea from OwnViewers mirrored that sentiment saying, "You have to go for your dreams. You've got to work and make it happen."

Oprah has inspired blogger Gene-Manuel who summed her up in one word, "Authenticity. That's what I do with the Whirling Blog. It's authentic stories because that's who she is."

Two fans from Huntsville, Alabama, told us that Oprah taught them the lesson of forgivess. They reminded us, "It teaches you to free yourself. And if you can love as if you've never been hurt, that would make the world a much better place, because love, indeed, makes the world go 'round."

Even those in the audience who arrived skeptical, left converted. A young man from New York City stated, "I came expecting a little bit of inspiration. I didn't expect a total and complete reset in my mind."

His friend admitted, "It was a rollercoaster of emotions... The energy in the room, it was so nice. In this day and age when people are so disconnected to unite with a group of strangers and all share that energy for two hours, I didn't want it to end."

Check out all of our inspiring fan interviews on our YouTube playlist. And watch  the rest of the season of Oprah's Lifeclass: the Tour on Monday nights at 8 p.m. EST/7 p.m. Central on OWN. Follow the show online at Oprah.com and see the coursework that corresponds to each episode's theme. Join the Lifeclass conversation online on Twitter @OprahsLifeclass and using #lifeclass.

For related stories check out:
This Week's Inspirational Pop Culture Moment: Spontaneous Smileys
Prassana Ranganathan: One of Oprah's Biggest Fans
We've Found Our Soul Sisters at the Daily OWN

Posted by Pop Culture Passionistas at 10:23 AM